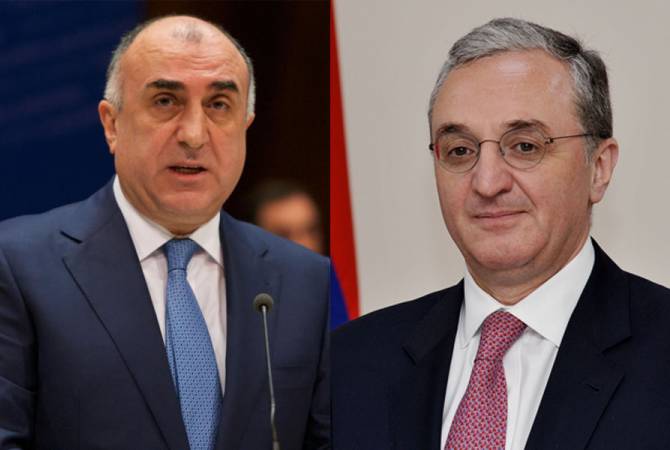 BAKU, September 27. /TASS/. Azerbaijani and Armenian Foreign Ministers, Elmar Mamedyarov and Zograb Mnatsakanyan, have agreed to continue talks on the Nagorno-Karabakh settlement next month, the press service of the Azerbaijani foreign ministry said on Thursday after talks between the two countries’ top diplomats on the sidelines of the United Nations General Assembly.

The talks were mediated by co-chairs of the OSCE Minsk Group.

“The meeting lasted for more than three hours. We exchanged views on the progress in the conflict settlement, on what is to be done to establish lasting peace in the region. We agreed to continue talks next month, including within a visit to the region by the OSCE Minsk Group co-chairs,” the press service cited Minister Elmar Mamedyarov as saying.

The conflict between neighboring Armenia and Azerbaijan over the highland region of Nagorno-Karabakh, a disputed territory that had been part of Azerbaijan before the Soviet Union break-up but was mainly populated by Armenians, broke out in the late 1980s.

In 1991-1994, the confrontation spilled over into large-scale military action for control over the enclave and some adjacent territories after Azerbaijan lost control of them. Thousands left their homes on both sides in a conflict that killed 30,000. A truce was called between Armenia and the Nagorno-Karabakh republic on one side and Azerbaijan on the other in May 1994.

Talks on the Nagorno-Karabakh settlement have been held since 1992 in the format of the so-called OSCE Minsk Group, comprising along with its three co-chairs – Russia, France and the United States – Belarus, Germany, Italy, Sweden, Finland and Turkey.