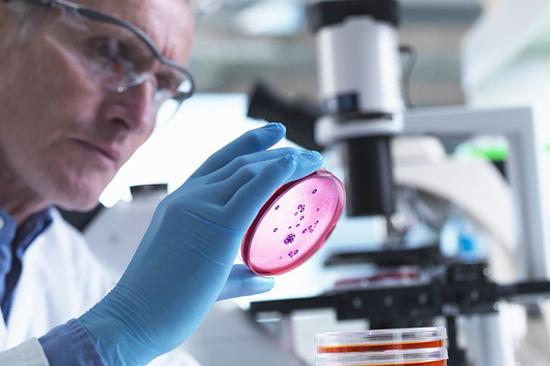 Following the third outbreak of the monkeypox virus in England, Public Health England (PHE) has said it is taking a ‘highly precautionary approach’ and is monitoring closely anyone who has been in contact with an infected person.

A healthcare worker has been quarantined with monkeypox after becoming the third person to be diagnosed with the virus. The individual was involved in the care of an infected patient at Blackpool Victoria Hospital earlier this month, before they were known to be carrying the infection.

The patient, who was only the second case of the rare infection recorded in the UK, is believed to have contracted the virus after travelling to Nigeria. But how serious is monkeypox and are we on the verge of a virus epidemic?

Public Health England states that while monkeypox can be passed on, the disease does not spread easily. They have maintained that the risk of infection to the general population is ‘very low’.

‘People without symptoms are not considered infectious but, as a precaution,’ PHE said in a statement. ‘Those who have been in close proximity are being contacted to ensure that if they do become unwell they can be treated quickly.’

Should we be worried about monkeypox?

The general public should not be alarmed about a potential epidemic. The disease is a mild condition which should disappear of its own accord and is unlikely to spread.

Monkeypox is quite a rare disease and is not as contagious as Chicken Pox.

‘Monkeypox is quite a rare disease and is not as contagious as say Chicken Pox,’ says Dr Andrew Thornber, Chief Medical Officer at Nowpatient.com. ‘It can be spread from person-to-person, but there is a very low risk of it being transmitted to the general population, so the public should not worry.’

‘It is usually found in West and Central African Countries (frequently found close to Tropical Rainforests) and it is caused by a monkeypox virus.’

What are the symptoms of monkeypox?

According to World Health Organisation, the early stages of monkeypox are similar to other poxviruses and those infected are likely to have a lack of energy in the first five days after contracting the disease.

Those infected are likely to have a lack of energy in the first five days.

‘Often a rash will develop, usually on the face and spread around the body. The rash changes in texture and usually ends in scabs,’ he adds.

‘Usually people suffering with it recover anything between five days to two weeks,’ adds Dr Thonrber. ‘There aren’t currently any specific treatments available for Monkeypox.’