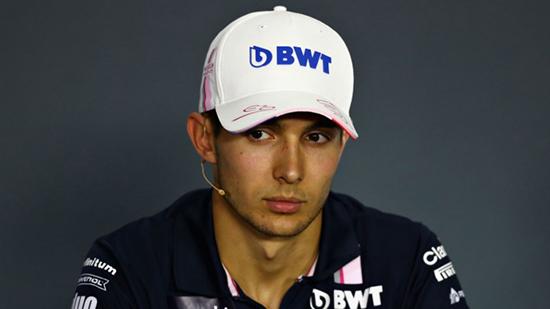 Haas, Force India, Toro Rosso and Williams are still to confirm their driver line-ups for next season

Esteban Ocon’s chances of staying in Formula 1 look bleak but the French driver has revealed he is in talks with Williams over a seat for the 2019 season.

Ocon currently drives for Racing Point Force India, however he is expected to lose his spot to Lance Stroll.

Ocon had been linked with moves to McLaren, Toro Rosso and Renault, but beIN Sports reports that his association with Mercedes as their junior driver has “reportedly put some teams off”.

The 22-year-old hopes that negotiations with Williams can end on a positive note – though he is prepared to leave F1 for a season and return for the 2020 campaign.

“It’s a bit strange how it turned out, because I had options with two big teams and most drivers can only dream of that,” Ocon told French broadcaster TF1. “But we will find a solution. Even if I have to miss next season, I am sure that I will return to F1 in 2020.

“I was surprised when Renault signed a contract with Daniel Ricciardo. Renault has explained that it was because I was in the Mercedes programme, but I do not agree with Cyril Abiteboul. Yes I’m a Mercedes driver, but if I was in a Renault that wouldn’t matter. I’m a little upset that as a sportsman, it’s not only your sporting achievements that matter.

“I don’t know whether I can go to Williams. We are negotiating and we hope that everything will work out.

“Not having a contract for next season is not a catastrophe but you never know how things will develop in F1. What I can promise is that next year I will do my best to be back in the championship in 2020.”

Former F1 world champion Nico Rosberg told Autosport that Ocon’s situation is “terrible” and he hopes his future can be sorted. Rosberg said: “He is such a sensation. The guy has been driving so well, and he doesn’t have a drive. That is really terrible, so that must be avoided.”

Alfa Romeo Sauber are the latest Formula 1 team to confirm their 2019 driver line-up after they announced that Italian Antonio Giovinazzi will partner Finland’s Kimi Raikkonen next season.

The Swiss team will have an all-new partnership for 2019 after Charles Leclerc signed a deal at Ferrari and Marcus Ericsson became Sauber’s third driver.

With Sauber’s 2019 plans confirmed, it means that fans are still waiting on news from Haas, Racing Point Force India, Toro Rosso and Williams.