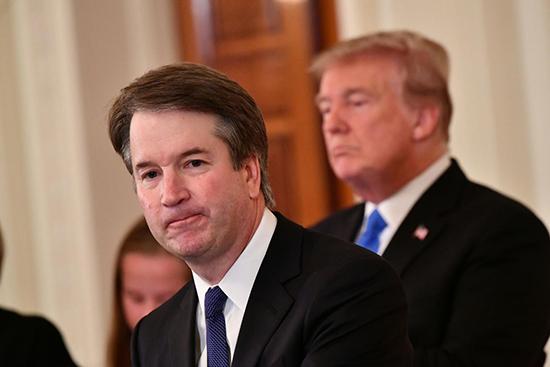 Supreme Court nominee Brett Kavanaugh testified behind closed doors and under oath on Tuesday about allegations that he was present at parties in the 1980s where women were targeted and gang-raped, according to an email obtained by TIME describing the testimony.

Speaking under penalty of felony to Judiciary Committee investigators, Kavanaugh denied the allegations. His latest round of sworn testimony took place one day before Julie Swetnick came forward publicly with a third round of allegations about Kavanaugh’s sexual behavior in high school and college.

In a declaration released Wednesday by her lawyer Michael Avenatti, Swetnick said Kavanaugh had been present at house parties where women were plied with alcohol and drugs and then repeatedly raped. Swetnick claimed to have been at “well over 10” parties Kavanaugh attended and saw him “drink excessively at many of these parties and engage in abusive and physically aggressive behavior towards girls.”

On Wednesday, Kavanaugh released a stark public statement denying the allegations and saying he doesn’t know Swetnick. “This is ridiculous and from the Twilight Zone. I don’t know who this is and this never happened,” Kavanaugh said. He is set to speak again to committee investigators on Wednesday, to answer follow up questions, under oath, about Swetnick’s account.

Kavanaugh’s new round of denials comes as President Donald Trump has grown increasingly frustrated with Kavanaugh’s inability to forcefully defend himself against mounting accusations. Trump was reportedly unhappy with Kavanaugh’s stiff rebuttal of allegations during a Fox News interview Monday night.