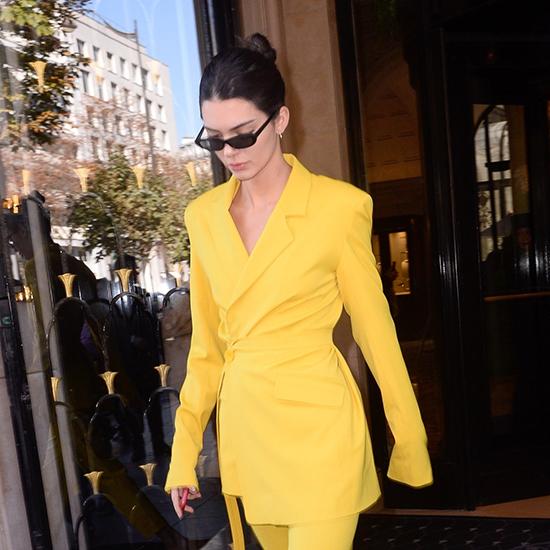 First it was Amal Clooney at the royal wedding, then it was Queen Rania of Jordan last week in Amman, and earlier today in Paris, Kendall Jenner solidified canary yellow as next season’s most compelling shade. Jenner sat out the shows in New York but made her return in London on Riccardo Tisci’s debut Burberry catwalk, and has since sashayed on the Missoni, Moschino, and Versace runways in Milan. And today, Jenner proved her magic touch extended onto the streets in a directional take on the traditional trouser suit.