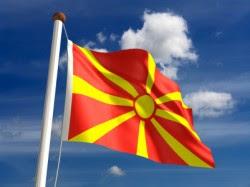 The Macedonians will decide next Sunday on a bilateral agreement between Athens and Skopje, which can pave the way for the former Yugoslav republic of Macedonia to NATO and EU membership. Greece, which claims the name Macedonia for its northern region, should be made satisfied with “Northern Macedonia”. The Macedonian foreign voters can vote for the referendum at the diplomatic representations of their country (diplomatic representations in Austria see below). Voters will be asked “Do you support EU and NATO membership by accepting the agreement between Republic of Macedonia and Republic of Greece?”

According to the news agency Macedonian Information Agency (MIA), more than 150 Macedonian citizens are registered as entitled to vote in Vienna alone.

Why is there a dispute about the name Macedonia?

The conflict flared up in 1991 when the former Yugoslav republic declared itself independent and gave itself the name Macedonia (Greek: Macedonia). Athens argues that Macedonia’s name is of Greek origin and is already being used for northern Greece. The Greeks fear that their neighbours could claim these Greek territories.

Macedonia became a member of the United Nations in 1993, but, as a result of an ongoing dispute with Greece over the use of the name “Macedonia”, was admitted under the provisional description the former Yugoslav Republic of Macedonia (FYROM or FYR Macedonia). On 17 June 2018, Macedonia and Greece signed the Prespa agreement which would see the country change its name to “Republic of North Macedonia”, pending a national referendum on the matter and legislation passing through parliament.

What will the Macedonians vote on Sunday?

In June the Macedonians agreed with the Greeks on the new name North Macedonia. Should the name prevail, the Greeks would in return stop blocking Macedonia’s rapprochement to the EU and NATO.

Will the referendum be implemented?

The referendum result will be valid if turnout of eligible voters is over 50 percent. Being non-binding, as well as as including constitutional changes, its result will still need to be approved by two-thirds of parliament.

Is the new name a solution?

It is a compromise that should satisfy both sides to some extent.

Endorsements: Who is in favour, who against?

Prime Minister Zoran Zaev and the government coalition started an online campaign for a Yes vote in the referendum. Many high-ranked officials and EU leaders have expressed their support for the “Yes” option as it would bring Macedonia closer to EU and NATO and have visited the Republic of Macedonia ahead of the referendum.

The main opposition party VMRO-DPMNE has threatened to boycott the referendum and considers the deal with Greece to be an act of treason. It has also organized protests against the name change.

EMBASSY OF THE REPUBLIC OF MACEDONIA
Kinderspitalgasse 5/2
1090 Vienna

HONORARY CONSULATE OF THE REPUBLIC OF MACEDONIA, EISENSTADT
Hauptstrasse 40
7000 Eisenstadt

HONORARY CONSULATE OF THE REPUBLIC OF MACEDONIA, ST. PÖLTEN