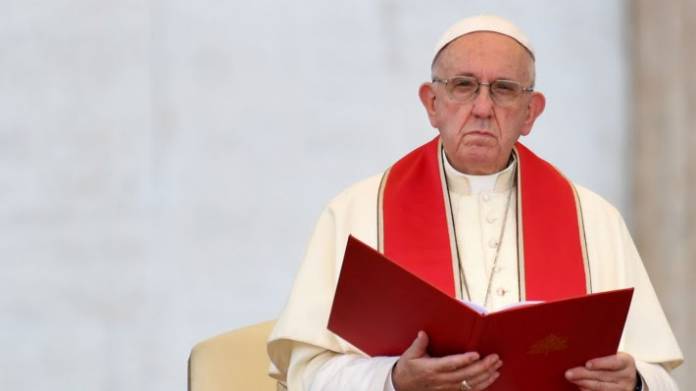 Pope Francis has reached out to followers in China

Pope Francis has written to Chinese Catholics asking for their trust after Beijing and the Vatican struck a landmark agreement on the appointment of bishops.

The accord, “which critics have called a sell-out to the communist government”, gives the Vatican a say in the choice of bishops in China, reports Reuters. It could also “be a precursor to restoring diplomatic ties with Beijing after more than 70 years”, the news site adds.

As part of the historic breakthrough, the Pope has recognised the legitimacy of seven bishops appointed by the Chinese government and lifted an order excommunicating them.

Few other details of the deal have been announced, “fuelling questions about just how much autonomy Francis had given up to make greater inroads into China, where the growth of Protestantism is far outpacing the spread of Roman Catholicism”, says The New York Times.

“It is still unclear whether Francis will himself select new bishops, choose from candidates selected by the Chinese government, or have veto power over a field of candidates he might deem unworthy,” the newspaper continues.

In a message addressed to Chinese Catholics, the Pope acknowledged that there was “confusion” about the agreement but asked them to “place your trust ever more firmly in the Lord of history and in the Church’s discernment of his will”.

He added that the deal calls for a process of dialogue over possible bishop candidates but that ultimately, he will decide on appointments.

“The thing is done in dialogue. But Rome names,” the holy leader said. “The Pope names. This is clear.”

Officially, there are about six million Catholics in China, but the real number could be more than double that, given the estimated number of followers in so-called underground, or non-state-sanctioned, churches headed by bishops secretly chosen by the Vatican.

Amnesty International China Researcher Patrick Poon told CNN that the agreement created serious concerns for freedom of religion in China in the future.

“Such an agreement will effectively set a very bad precedent for other religions (in China)… It will put Catholics under a lot of pressure,” he said.

In his message, Francis acknowledged that both sides had made sacrifices in the talks, and said members of the underground Chinese church “will suffer” as a result of the deal.

“It’s true, they will suffer. There is always suffering in an agreement,” the Pope said.

Meanwhile, the Chinese Catholic Patriotic Association and Bishops’ Conference of the Catholic Church in China told state media that they “wholeheartedly supported” the deal.

“There is on one hand a little bit of joy, because something is happening, there is a provisional agreement, but there is a lot of sadness because many problems remain open – above all the fact that many bishops have been disappeared at the hands of the police,” he told CNN.