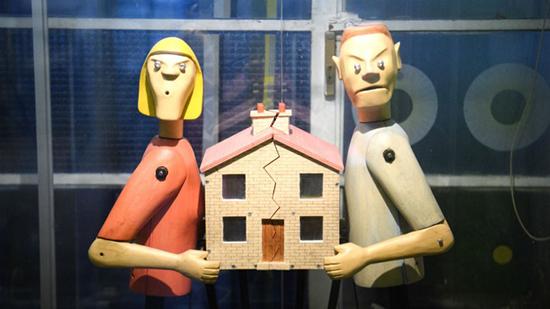 The divorce rate for heterosexual couples in England and Wales has dropped to a 45-year low, even as separation rates between same-sex couples have surged.

Last year, there were 8.4 divorces of opposite-sex couples per 1,000 married men and women, representing the lowest rates since 1973 and a 6% decrease from 2016, data published by the Office for National Statistics (ONS) shows.

By contrast, the number of same-sex couples getting divorced has increased more than threefold in a year, from 112 to 228, with three quarters of those between female couples.

For both heterosexual and same-sex couples, “unreasonable behaviour” was the most common cause given for separation.

The ONS figures follow a separate study published last week by the Marriage Foundation which found divorce rates among recently married couples in the UK have also dropped to their lowest levels in almost thirty years.

The ONS has said this is likely due to increases in the average ages at which people get married, but experts also believe it is down to people choosing to marry rather than being pressured into it.

“The drop is almost entirely a result of fewer women filing for divorce, suggesting men are embracing their share of the responsibility for making a marriage work” says the Daily Mail.

However, Frank Young, head of family policy at the Centre for Social Justice said that while the drop in divorce rates might seem like a reason to celebrate, “it is nothing of the sort”.

“All this shows is the ongoing decline in couples choosing to get married, which means overall there are fewer couples to divorce,” he told The Independent, adding:

“Marriage brings with it stability, which means there are more likely to be two parents at home than one facing life’s challenges. What these numbers don’t tell us is the ‘marriage gap’ around modern marriage data.”