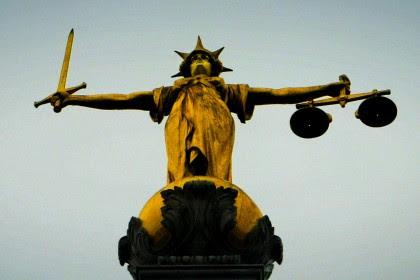 Less than a third of young men prosecuted for rape in the UK are convicted, according to newly released data.

The figures, obtained by The Guardian, show that men aged between 18 and 24 are far less likely to be found guilty than older men in rape cases. The conviction rate among younger men on rape only charges stood at 32% last year in England and Wales, compared with 46% among men aged 25 to 59.

Experts say the data – released by the CPS to Labour MP Ann Coffey in response to a Freedom of Information request – suggests that “juries were more reluctant to convict young defendants”, says The Times.

The figures do not come as a surprise to Dominic Willmott, from the University of Huddersfield, who has carried out seperate research into jury bias in sexual offence cases. “Scientific research shows us quite clearly that jurors are simply less willing to convict young defendants of rape for fear of the consequences such a ‘rapist’ label will have on their future,” he said.

Wilmott added that his research suggests that jurors regularly believed that such defendants had been guilty of rape as defined by the law.

Senior CPS staff “believe the failure to secure convictions reflects a desperate need to educate jurors, who appear particularly reluctant to punish young men at the start of their adult life for serious sexual assaults”, The Guardian adds.

Nazir Afzal, former chief crown prosecutor for Northwest England, told the newspaper: “In my experience, juries are more likely to make allowances for a defendant the younger he is – this idea that he may not have known what he was doing at 24, but if he was older than that he does.”

Young women frequently do not get justice as a result, Afzal said, adding: “This may reflect the prevailing attitudes of society and therefore juries to women, who are often blamed for putting themselves in risky situations. Juries seem to view evidence through the lens of stereotypes.”

An intense media focus on the small number of false allegations of rape “perpetuates the public perception that lying about rape is common when in fact the opposite is true”, he continued.