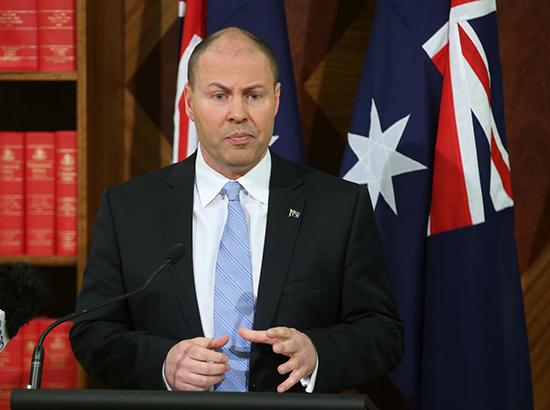 SYDNEY (Reuters) – Australia’s big banks and wealth managers pursued profit ahead of their customers’ interests and viewed regulatory compliance as a cost rather than a guide to proper conduct, a scathing interim report from a commission of inquiry said on Friday.

Australia’s financial sector has been rocked by months of revelations of wrongdoing stemming from the Royal Commission, driving down share prices and trashing the reputations of some of the country’s biggest companies.

Commissioner Kenneth Hayne’s interim report was brutal in its assessment of the sector’s ethical standards and governance, but many investors were bracing for worse and their relief showed in a 1.6 percent rise on Australia’s financial index .AXFJ in afternoon trade, lifted by the major banks.

Australia’s four major banks will face questioning over the report before a parliamentary committee in Canberra in October, according to a tweet from parliament’s official account. The commission is due to release its final report in February.

The three-volume interim report, however, did not include specific legislative reforms. The sector must now wait until the final report early next year that could recommend major regulatory reform for banks, financial advisers, pension funds and insurers, as well as civil and criminal prosecutions.

“The interim report didn’t make any recommendations and so the market will have been comforted. The final report will be key,” said Richard Coles, senior analyst and Morgans.

In almost 60 days of public hearings since February, the inquiry has heard instances of bribery, fraud, fee-gouging and board-level deception across the industry.

Some of the more shocking allegations included the charging of fees to dead people and the aggressive selling of a complicated insurance product to a boy with Down Syndrome over the telephone.

Treasurer Josh Frydenberg said the interim report demonstrated a need for the corporate regulator, the Australian Securities and Investment Commission (ASIC), to do more to tackle misconduct in the troubled sector.

“They do need to pursue litigation, to impose the penalties that are available to them, rather than some of these negotiated settlements which have seen the perpetrators of these offences or misconduct get off too lightly,” he said.

ASIC did not immediately respond to an email seeking comment.

Australia’s centre-right government late last year proposed new laws to to increase penalties and lengthen prison terms for financial crimes in a bid to strengthen the enforcement powers of the corporate regulator.