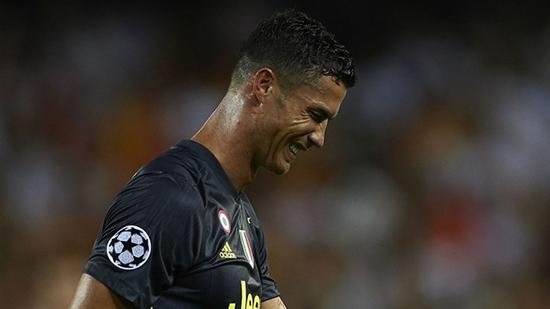 Ronaldo ready for the Red Devils

Cristiano Ronaldo will only be banned for one Champions League match after his sending off against Valencia last week – meaning the Juventus star is available to face former club Manchester United.

Ronaldo saw red against Valencia “after appearing to pull defender Jeison Murillo’s hair”, the BBC reports, and will miss Juve’s home clash against Swiss side Young Boys on Tuesday 2 October.

Juve had feared that the Portuguese striker, the Champions League record goalscorer, would face a two or three-match suspension and also miss the games against the Red Devils. However, the one-match ban will see him available to take on Jose Mourinho’s team.

In group H of the Champions League Juve travel to Old Trafford on 23 October before taking on United in Turin on 7 November.

Ronaldo, a five-time Champions League winner, left holders Real Madrid in the summer to move to Juventus in a £99.2m deal.

VAR to be introduced

Uefa has confirmed that Video Assistant Referee (VAR) technology will be used in next season’s Champions League, starting from the play-off stage.

Aleksander Čeferin, president of Uefa, said: “We are confident that introducing Video Assistant Referees in August 2019 will give us enough time to put in place a robust system and to train match officials to ensure an efficient and successful implementation of VAR in the Uefa Champions League, the world’s flagship club competition.”

VAR will also be introduced in the Europa League in 2020-21.