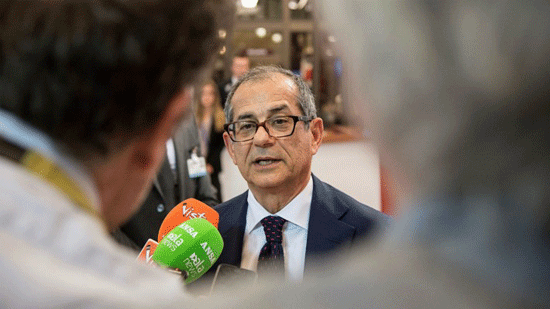 Italy’s new government has faced down its first major crisis, after an internal battle to increase public spending led the country’s finance minister to the brink of resigning.

Italy’s populist government has vowed to “end poverty” with its first budget, however the ambitious spending plans have put it “in conflict with European powers, who want Italy to stick to lower spending and avoid racking up new debt” reports the BBC.

The country’s own economy minister, Giovanni Tria, agreed, putting him on a collision course with Italy’s populist party leaders.

The ruling coalition made up of the anti-establishment 5-Star Movement and the right-wing League are pushing Tria, an academic not affiliated to either party, to ramp up the fiscal deficit to finance their promises of tax cuts and higher welfare spending.

The row centres on a pledge to introduce a guaranteed minimum income scheme for the poor, lower the retirement age and implement tax cuts. Tria is understood to have set a limit on spending of about 1.6% of debt above GDP, but Italy’s leaders want to increase that by a percentage point or two to help fund their populist pledges and have indicted the finance minister should go if he is unwilling to carry out their wishes.

“If Tria agrees with us, then ok, but if not we’ll find another minister,” Riccardo Molinari, chief whip for the League party, told Reuters.

The problem is that Italy is bound by European fiscal responsibility rules, which limits the ration of public debt to GDP at 3%.

The rule, handed down from the European Commission, is supposed to ensure the collective stability of EU countries but leaves the joint populist leaders Matteo Salvini (of the League party) and Luigi Di Maio (from Five Star) “with unwelcome limits on what they can spend to reach their lofty goals” says the BBC.

Matteo Salvini has urged the government to push the deficit beyond the 2% mark in order to deliver on the coalition’s flagship pledges, telling Bloomberg: “Italians’ right to work and happiness is much more important than numbers”.

The showdown has rocked European markets and sent the Milan-based index tumbling, however, the budget proposals have proved hugely popular with the Italian public, with both coalition parties now polling a combined total of 60% – something unheard of in Italian politics.