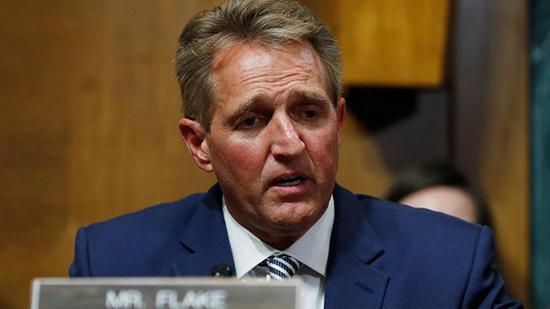 Sen. Jeff Flake, R-Ariz., called for a delay up to a week for an investigation. Senate Judiciary Chairman Chuck Grassley, R-Iowa, said the timing of the vote was up to Senate Majority Leader Mitch McConnell, R-Ky.