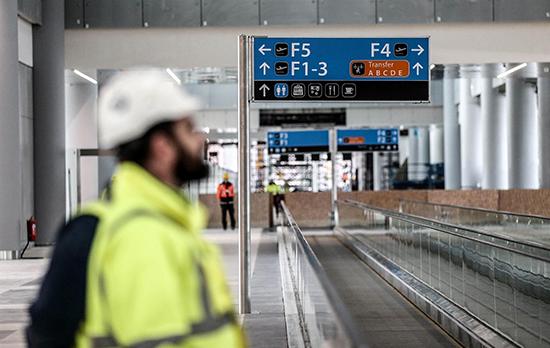 Otobüs A.Ş., owned by the Istanbul Metropolitan Municipality, on Sept. 27 won the tenderfor the shuttle bus transfer service from and to the new Istanbul airport.

Nine companies offered their bid, but Otobüs A.Ş. won the contract with a 750 million Turkish Lira ($125 million) bid at the tender, which was held by the Istanbul Public Transport Authority, or İETT.

The previous tender was canceled by the Istanbul Metropolitan Municipality on Sept. 13 on grounds that “no public interest emerges from the contract.”

The Altur-Havaş-Free Turizm consortium had won the tender on Sept. 4 in a 475.5 million lira ($79 million on that day’s rate) bid, including VAT.

The winner was expected to carry 75,000 passengers between 18 routes in the city center and the new airport on a daily basis for a 10-year period.