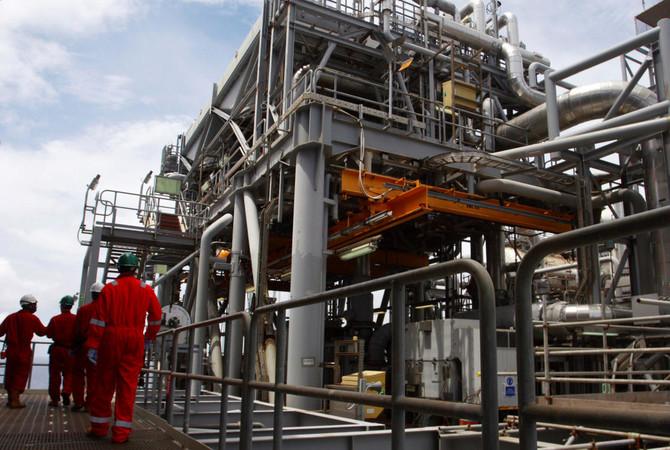 BEIJING: Oil prices inched up on Friday, with investors trying to gauge the potential impact on supply from looming US sanctions on Iran’s crude exports.
The most-active Brent crude futures contract, for December, had risen 18 cents, or 0.22 percent, to $81.56 per barrel by 0126 GMT. That was close to a four-year high of $82.55 struck on Tuesday.
With the expiration of the Brent November futures contract later on Friday, the front-month contract will become the December contract.
US futures were up 21 cents, or 0.29 percent, at $72.33 per barrel, on track for a weekly gain.
“The market has been focusing on trading headlines on the Iran sanctions for a whole week. But views on how much OPEC and Russia can make up for the losses vary,” said Chen Kai, head of commodity research at Shenda Futures.
The sanctions kick in on November 4, with Washington asking buyers of Iranian oil to cut imports to zero to force Tehran to negotiate a new nuclear agreement and to curb its influence in the Middle East.
Saudi Arabia is expected to quietly add extra oil to the market over the next couple of months to offset the drop in Iranian production, but is worried it might need to limit output next year to balance global supply and demand as the US pumps more crude.
Two sources familiar with OPEC policy said Saudi Arabia and other producers discussed a possible production increase of about 500,000 barrels per day (bpd) among the Organization of the Petroleum Exporting Countries and non-OPEC allies.
However, ANZ said in a note on Friday that major suppliers were unlikely to offset losses due to the sanctions estimated at 1.5 million bpd.
At its 2018-peak in May, Iran exported 2.71 million bpd, nearly 3 percent of daily global crude consumption. The nation is OPEC’s third-largest producer.
Meanwhile, looming supply from the US and stable output from Libya were dragging on oil prices, said Stephen Innes, head of trading for Asia-Pacific at futures brokerage OANDA in Singapore.