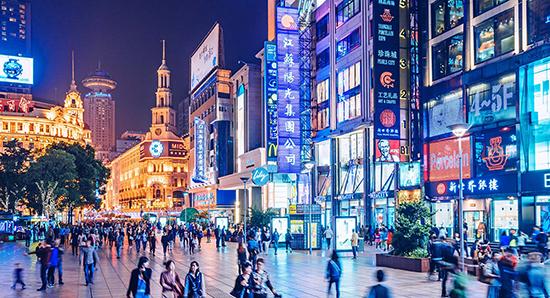 Carnegie –Yukon Huang– Huang is a senior fellow in the Carnegie Asia Program, where his research focuses on China’s economy and its regional and global impact.

Summary:  President Trump’s new tariffs on $200 million billion worth of Chinese good begins on Monday. The impact on the United States economy is expected to be less severe but still substantial.

The trade war really is on — counterproductive and unnecessary and yet likely to last. President Trump’s new tariffs on $200 billion worth of Chinese goods kick in on Monday, and he has threatened more. China had already retaliated with tariffs of its own. Now it has canceled high-level talks planned for this week.

Consumers and producers in both China and the United States will lose out. China’s G.D.P. growth rate next year could drop by one percentage point or more. The impact on the United States economy is expected to be less severe but still substantial.

The stalemate also is unnecessary: There are better options to address the White House’s concerns — including by turning to the World Trade Organization (W.T.O.). The idea may seem like a nonstarter at the moment, but its appeal will increase as the conflict drags on.

Here are two great powers, roughly matched in resources, competing for technological and strategic supremacy. America is experiencing an economic upturn, and the Trump administration believes that it can weather any fallout from the standoff.

China’s growth rate is declining and the country is more dependent on trade than the United States. But its government, being authoritarian, can more readily mobilize public support and make the country absorb short-term costs in the name of long-term development.

China complains that the United States government has been ambiguous in its requests or unreasonable in its proposals. Moderates in Washington, especially in the Treasury Department, have been trying to put forward more narrowly tailored requests for China to buy more American products (like natural gas), while reining in Chinese practices that violate intellectual property rights. But even their approach is fundamentally flawed.

It assumes that the Chinese government controls the quantity and type of American goods purchased in China, when there, as elsewhere, such decisions are mostly made by households and companies. Anyway, experts say, the United States can’t produce enough goods to sell to the Chinese in order to close the bilateral trade gap.

Many of America’s standard accusations also are moot. Cyber-enabled commercial theft by the Chinese military, an issue under the Obama administration, no longer appears to be a significant problem. The charge that China uses joint ventures to force foreign companies to transfer technology to Chinese entities is becoming less of a concern. According to 2016 data from China’s National Bureau of Statistics, the latest available, joint ventures accounted for about one quarter of China’s foreign investment flows in 2016, compared with nearly two-thirds in 1997.

The problems that the American government complains about are partly a matter of optics. What makes China’s practices seem unfair is, at bottom, the role of the state in driving the economy and the scale of its activities. Together those factors appear to give Chinese firms an unfair advantage in negotiations with foreign companies, especially those eager to get into China’s huge market.

But altering China’s behavior on that front will require new international rules and some form of independent monitoring.

One obstacle, of course, is that Mr. Trump seems dead set against any such institution or arrangement. His administration has prematurely killed off the Trans-Pacific Partnership, as well as prospects for a bilateral investment treaty with China. And it is trying to do in the W.T.O.

It is blocking the appointment of new judges to the W.T.O. body that adjudicates trade disputes and threatening to withdraw from the organization itself — this even though America was instrumental in creating it in 1995 and has benefited greatly from its existence.

The Trump administration is also eroding W.T.O. rules by apparently violating them. It is invoking national security to apply punitive tariffs such as levies on steel — a move that China, the European Union and others are challenging.

China, for its part, has generally accepted the organization’s rulings since joining it in 2001, despite being the target of a disproportionately large share of dumping charges. The W.T.O. has come down hard on China, and China has taken it, in other words, and that should be reason enough for the United States to work through the organization to resolve its issues with the Chinese government.

That said, the W.T.O. as currently structured cannot adequately deal with a state-driven economy like China’s, as Mark Wu, a law professor at Harvard, has argued. Yes, China has cut back on directly subsidizing exports, a clear violation of W.T.O. guidelines. But many Chinese companies still benefit indirectly from access to underpriced state-owned land and privileged relations with local authorities and banks, and those issues are not explicitly covered in the regulations.

So the W.T.O. needs to be revamped and strengthened, including with new rules to clarify what constitutes noncommercial assistance to state-owned enterprises and what conditions governments can impose on foreign participation in joint ventures.

Enter Europe: It is uniquely positioned to lead such reforms thanks to its longstanding strategic alliance with the United States, its growing economic connections with China and its steadfast support for the W.T.O.

Like the United States, Europe is concerned about some of China’s restrictive practices — for example, the fact that China limits foreign investment in its financial services, energy and communications sectors. But unlike the United States, the European Union isn’t caught up in a great-power rivalry with China, and it is less concerned about the security implications of, say, China’s efforts to develop semiconductors and aircraft.

So far, Europe’s leaders had been too preoccupied with their respective domestic concerns — Brexit, rising populist sentiments — to focus on reforming the global trading system. But America’s latest tariffs on China will hurt Europe, too, given Europe’s links with the Chinese economy. And just last week, the European Commission laid out a proposal for reforming the W.T.O., including new rules to deal with forced technology transfers and the rise of e-commerce.

If Europe develops a common understanding with China on how to revamp the organization, the option will become more difficult for the United States to ignore.

The Trump administration would, of course, need to change its current position. But shifting political and economic circumstances may give it a reason to. Whereas the vast majority of Republican respondents in a recent survey by the polling firm SurveyMonkey said they supported tariffs, many Republican political leaders do not. A victory by the Democrats, who mostly oppose tariffs, in the midterm elections could change the dynamics of the debate.

The White House could also point to any thorough overhaul of the W.T.O. as a victory, and an admission on China’s part that the United States’ concerns were legitimate. It could then address any specific issues that remained in a bilateral investment treaty, which the U.S.-China Business Council has been advocating.

As the costs of this trade war add up in the United States, too, more rational minds may prevail in Washington. And they will see that the way out of the impasse runs through the W.T.O., whether Mr. Trump likes it or not.

This article was originally published in the New York Times.