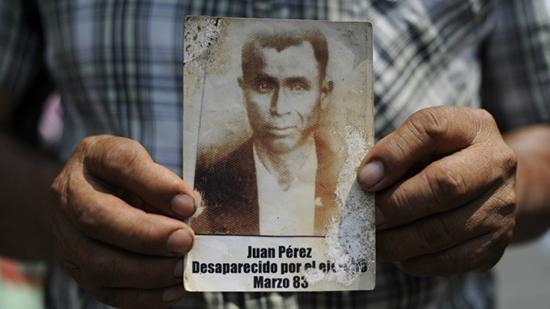 A court in Guatemala has ruled that genocide was committed against ethnic Mayan civilians during the country’s protracted civil war but has acquitted a former military chief of ordering the mass murder.

Retired general Jose Mauricio Rodriguez, 73, was accused of ordering the killings of almost 1,800 indigenous Ixil civilians, and of disappearing tens of thousands more, during the dictatorship of Efrain Rios Montt in 1982 and 1983. The dictator’s brutal 14 months in power are considered the “darkest hours” of the Guatemalan civil war, which lasted from 1960 to 1996.

The court’s ruling is the culmination of the Guatemalan Maya’s decades-long fight for justice, a process that has been fraught with retrials, appeals and overturned convictions. “The harm caused by the genocide affects the lives of many Mayan Guatemalans even today,” says Luke Moffett, a law lecturer at Queen’s University Belfast, in an article on The Conversation.

But what happened in Guatemala, and why has justice eluded the survivors?

Why was there civil war?

For more than a decade from 1931, Guatemala was led by Jorge Ubico, a ruthless CIA-backed dictator who gave sweeping concessions to the US-based United Fruit Company, a vast corporation with control over the politics of multiple countries in the region.

In 1944, a popular uprising against Ubico led to the overthrow of his government. A democratic election the following year brought Juan Jose Arevalo into office as president, before Jacobo Arbenz took power in 1951. Arbenz’s left-wing policies, which included plans to nationalise United Fruit Company plantations, prompted the US to orchestrate a 1954 coup to replace him with another authoritarian dictator, Carlos Castillo Armas.

Castillo Armas was assassinated in 1957, and was in turn replaced by fellow conservative Miguel Ydigoras Fuentes in a disputed election. The vote triggered extreme social unrest and the rise of the left-wing Revolutionary Movement 13th November (MR-13) and Rebel Armed Forces (FAR), which took up arms against the government.

The war was characterised by indiscriminate state-sanctioned violence against the civilian population. More than 200,000 people were killed – most of them indigenous – and many more were raped and tortured, according to the Public Radio International news site. At least half a million Guatemalans were driven from their homes.

A 1982 coup saw power seized by military general Efrain Rios Montt, who ramped up the campaign of violence against mostly-Mayan rural communities in order to “to make way for large-scale farming, mining, and hydroelectric programmes”, says Moffett on The Conversation.

During his reign, Rios Montt instigated a “ground campaign that led to a string of horrific massacres against the civilian population”, says travel site Culture Trip. Moffett adds that the killing of so many Mayans “badly damaged their transmission of oral history and traditional knowledge”, with ramifications into the present day.

The murders under Rios Montt are often referred to as the Silent Genocide. Jose Mauricio Rodriguez was the head of military intelligence during this time.

Rios Montt was overthrown in 1983 by his own defence secretary, before a 1996 peace agreement brought the war in the Central American nation to an end.

In May 2013, a court found Rios Montt guilty of genocide and crimes against humanity but acquitted Rodriguez, Reuters reports. However, “just ten days afterwards, the country’s top court quashed the conviction on a technicality after persistent efforts by [Rios Montt’s] defence team to derail the trial with complex appeals”, the news site adds.

In 2017, a retrial began, despite Montt’s senile dementia rendering him unfit for court appearance. He died in April this year, before a verdict could be handed down.

Meanwhile, Rodriguez was subject to a full retrial, during which he maintained his innocence.“I did not do or order others to do all the things it’s said happened,” he told the court. “I ask you give me my freedom. There isn’t a piece of evidence that I ordered the killings.”

Family members of the Ixil Mayans laid flowers and photos outside the Guatemala City court as they awaited the verdict, which saw two of three judges on the panel vote to absolve Rodriguez, formally acquitting him.

“There is no evidence that shows that the accused had knowledge of what was happening in the conflict areas. The accused could not issue orders due to the rank and position he held in the army,” said judge Delmer Gonzalez.

The sole dissenting judge, Sara Yoc Yol, said: “He should have been sentenced because he handed over all that information and as far as I’m concerned he is guilty of genocide.”