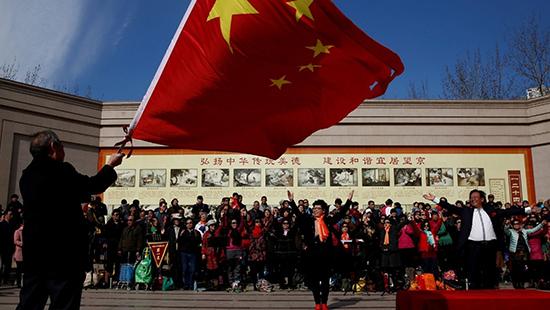 China will continue to push forward with global investment, even as a growing number of nations move to restrict the capital inflows, citing national security grounds

China will ensure steady outbound investment flows even as countries in North America, Europe and Asia-Pacific enact restrictions on what Chinese investors can buy in their countries, the government said Friday.

Speaking at a press conference about a report on China’s outbound investment for 2017, Zhang Xingfu, deputy director general of the Department of International Trade and Economic Affairs at the Ministry of Commerce, acknowledged increasing scrutiny of Chinese investments, but warned against government overreach.

“We have noted that the practise of strengthening the security review of foreign investment is likely to cause concerns among global investors over a country’s investment environment, especially over the abuse of security reviews,” said Zhang, without naming any specific country or deal.

However, Zhang said China would press on with its “going global” strategy.

“The rapid development of China’s foreign investment is an inevitable outcome of China’s economic development reaching a certain stage,” said Zhang, adding that investing abroad is also an important manifestation of China’s pursuit of high-quality development of its domestic economy.

Despite the challenge of investing in the US and other countries, China’s outbound investments for the first eight months this year hit US$80.35 billion, rising 2.3 per cent year on year, according to data released earlier this week by the Ministry of Commerce.

However, Chinese investment in the US during the first half totalled US$1.8 billion, reflecting a decline of more than 90 per cent from the same period in 2017 and the lowest level in seven years, according to a report by the New York-based Rhodium Group.

The consultancy cited constraints from capital controls and tighter financial conditions at home to tighter US restrictions as the main reasons for the fall of Chinese investment.

The Rhodium report said Chinese investment deals worth more than US$2 billion were scrapped in the first five months as a result.

Chinese investments in the US amounted to US$6.43 billion in 2017, down 62.1 per cent from the prior year, according to the Ministry of Commerce.

However, China’s investments in Europe, including Russia, jumped to a record US$18.46 billion in 2017, a year-on-year increase of 72.7 per cent.

Zhang said China has also stepped up effort to clamp down on “irrational” investment from domestic companies.

“Some enterprises focused on overseas investment in areas, such as real estate, that aren’t relating to the economy, resulting in massive capital outflows,” said Zhang.

“Some companies ignored environmental protection, energy consumption, safety and other standards and requirements, causing disputes and controversies, bringing economic losses and tarnishing the image of the country.”

China would continue to encourage domestic firms with “good reputation” and “strength” to invest abroad, according to Zhang.