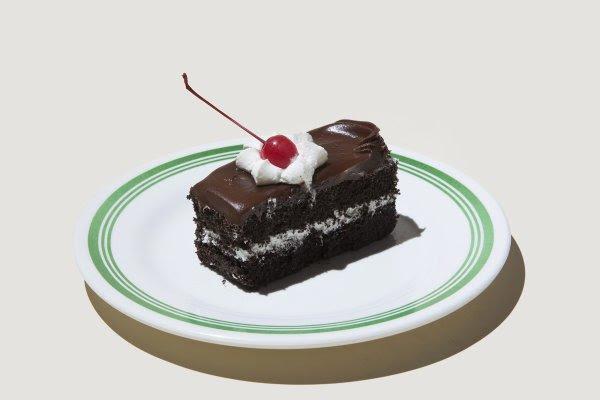 It should come as no surprise that Americans are stressed. A 2017 survey by the American Psychological Association (APA) found that money, work, crime, violence, the political climate and the future of the nation are all significant stressors for Americans, each plaguing more than half of the survey respondents.

While stress is bad for the body, the ways people deal with it can be just as unhealthy. The APA found in a different survey that almost 40% of adults reported overeating or consuming junk food in response to stress during the prior month. And of those people, about half said they did so weekly.

What is it about food — particularly junk food — that calls to so many of us during stressful times? Here’s what the experts say about stress eating.

Why you stress eat

People look for comfort in food for both physiological and psychological reasons.

The hormone cortisol rises with chronic stress and can lead to increased appetite, says registered dietitian Allison Knott. “It can be true hunger if you have extended stress that is promoting this cortisol production to the point of impacting your appetite,” she says.

But just as often, food is used as a “numbing strategy,” says Amanda Baten, a nutritional psychologist. “It’s a distraction strategy in the same way that people might use alcohol or drugs or sex or TV as ways to create a buffer between themselves and whatever difficult feelings they might be experiencing.”

Eating can even spark some of the same neurological reactions that drugs do, albeit to a lesser extent. Brain imaging research has shown that when people binge on carbohydrates and sugars, “it can actually activate the pleasure centers of the brain,” Baten says. Research has shown that sugar, like heroin or cocaine, can cause the feel-good chemical dopamine to flood the nucleus accumbens, the part of the brain responsible for pleasure and reward. Sugar can also release endogenous opioids, the body’s natural painkillers, which creates a pleasant effect.

But just like drugs and alcohol, emotional eating is a bandage for stress, rather than a cure. A healthier response, Baten says, is recognizing that stress and negative emotions happen, and that we have to find sustainable ways to cope with them.

How to tell if you’re stress eating

While some people purposely and consciously dive into a pint of ice cream after a trying day, others may stress eat without even knowing it, Knott says. “People get on autopilot,” she says. “It becomes part of our lives, and we don’t necessarily recognize what is happening.”

To avoid mindless eating, it’s important to understand the difference between emotional and physical hunger. Before you tear open a bag of chips, take stock of how you’re feeling physically and mentally, Knott says. Hunger feels different for everybody, but it’s often accompanied by physical symptoms like a growling or empty stomach, low energy and headache. If you’re craving snacks without any of these physical signs, you may simply be looking for comfort or a distraction, Knott says.

“If you aren’t truly hungry and it is a comfort food type of response, or a way to manage the stress that is related to using food to soothe, then you might want to take a different approach,” Knott says.

How to stop stress eating

When you’re in the throes of a stressful situation, just about any healthy distraction — like going for a walk, getting fresh air, doing a quick guided meditation or calling a friend — can help you avoid the draw of junk food, Baten says. Drinking water may also help, since people often confuse hunger and thirst.

But in the long-term, getting at the root cause of your stress is more important than stopping yourself from snacking in the moment. Healthy habits like exercise, sleep and proper nutrition are all sustainable stress relievers, Baten says. And if you consistently struggle with emotional or stress eating, Baten says, it may be worth speaking with a professional, who can help you sort out underlying issues.

“It’s important to pay attention to our feelings before they become so intensified that we can’t think clearly,” Baten says. “Emotional eating is happening because there’s an emotional need that isn’t being fulfilled.”

But it’s also important to acknowledge that your emotions will win out from time to time — and beating yourself up for occasionally choosing comfort food will only add to your stress.

“We, unfortunately, put a lot of emphasis on our individual food choices, and there can be guilt connected to some of those more indulgent choices, which can ultimately lead to more stress,” Knott says. “It really is about your pattern of eating and having a healthful diet in a sustainable, long period of time. That can include these indulgences in this overarching diet pattern.”