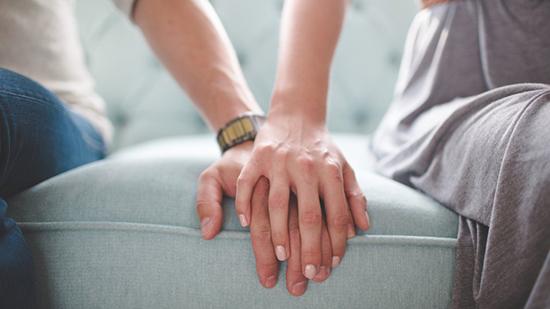 Sex educator Sara Tang believes open relationships work if both partners are honest and lay down ground rules. They can enhance trust and love between a couple, she says

The Naked Truth by Luisa Tam

If someone tells you that they are in an open relationship, it means they have a “free pass” to sleep with other people, but are still – somehow – committed to their partner. It may seem oxymoronic to you, but it does happen.

Bewilderment and disbelief are natural reactions to an open relationship, because we are bound by societal norms and most people in a stable romantic partnership will view their exclusivity to one another as the ideal relationship structure.

Nevertheless, it does seem antithetical to say that people in open relationships are just as committed to each other as those in monogamous ones.

Coincidentally, the study was released at about the same time a UK couple talked about their four-year polygamous arrangement in a newspaper interview last month. The boyfriend said he initiated the move when he felt their six-year relationship had gone stale.

After his girlfriend gave him the “infidelity pass”, he claims he had sexual relations with over 300 women and said the freedom had saved their relationship.

According to Sara Tang, a pleasure coach and founder of Sarasense, an open relationship can only work if there is genuine trust and communication between the couple, as in any other relationship.

“They communicate about everything, from setting the boundaries – both sexual and emotional – of their relationship to the nitty gritty, like protection, the amount of time spent with other partners, and even the level of disclosure that’s necessary. This includes all sort of information such as what details of the open relationship activities are shared, or is it more of a ‘don’t ask don’t tell’”.

There is a wide variety of non-monogamous open relationships. Some of the more common practices include swinging and polyamory, both of which involve multiple partners, but the “rules” are different for each.

Tang believes it is essential to set the ground rules at the outset to avoid either party getting hurt. It is also important to check in regularly with your partner to see if the open arrangement is still working, because in any relationship, open or not, things can change. You may decide to open your relationship for a while and then close it later if circumstances change.

“I don’t believe getting hurt is unavoidable, as long as both partners are committed to being in an open relationship, but you cannot be secretive about it. The more open and straightforward the communication is between partners, the better,” she says.

There are many successful and happy open relationships out there that we don’t often hear about, because people don’t discuss them openly. This is mostly because it’s taboo, as monogamy is idealised in our culture.

“I actually believe that there are more people who are hurt [by] the infidelity in what they believe are monogamous relationships than in consensually non-monogamous open relationships where both partners are on the same page,” Tang adds.

For example, the pros include the balance you get from having a stable partner that’s there for you, while at the same time having freedom to fully express yourself without lying or cheating on your beloved.

Being in an open relationship makes a person appreciate their partner more, Tang says.

However, we should also not overlook the downsides of an open relationship, Tang says.

“It takes much more time, planning, collaboration and a high level of communication skills to be able to set up a successful open relationship. The challenge is going against the societal norm, which means facing disapproval and a complete lack of understanding from the people around you,” she warns.

She vehemently rejects the argument that having an open relationship is a way to revive a dying or dead relationship.

“A much healthier reason to embark on an open relationship is when the relationship is in a good place, but both partners don’t believe that monogamy is a realistic, long-term goal for themselves” she stresses.

Her rationale for supporting open relationships is that the overwhelming sense of comfort and security in any stable partnership is what kills desire for a couple. Tang believes desire exists when there is mystery and autonomy, so introducing a little bit of openness in an ethical and consensual manner can help reignite desire between two people.

So, after balancing the pros and cons, is it really worth it?

Tang says there is no easy answer because the choice you make depends very much on you, your partner, and your situation. It also depends on your value system and what will make you the happiest in a relationship.

Luisa Tam is a senior editor at the Post