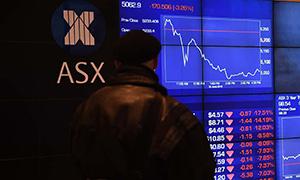 TOKYO (Reuters) – Factory activity in Asia weakened in September, with many trade- reliant economies seeing a slump in export orders in a sign that escalating U.S.-China tensions are taking a toll on business confidence.

Business surveys released on Sunday and Monday pointed to deteriorating conditions across much of the region in September, with gauges of future activity offering little hope for a turnaround in the next few months.

Some of the immediate gloom will be dispelled by news that the United States and Canada had clinched a last-gasp deal on Sunday to salvage the North American Free Trade Agreement (NAFTA), removing one major near-term risk to the global outlook.

But that did little to ease concerns in Asia over further signs of cooling in China’s economy and the risk of collateral damage for its neighbors as the trade war between Washington and Beijing grinds on.

Two manufacturing surveys from China on Sunday pointed to weakening in its vast manufacturing sector. A private poll showed factory growth stalled after 15 months of expansion, while an official gauge confirmed the sector was losing steam under the weight of shrinking export orders.

The first major readings on China for September suggest the world’s second-largest economy is continuing to lose momentum as domestic demand weakens and U.S. tariffs bite, a combination that is likely to prompt Beijing to roll out more growth-support measures in coming months.

“Global growth is now cooling, which we think is weighing on foreign demand for Chinese goods irrespective of tariffs,” Capital Economics said in a note to clients.

India was among the few bright spots in Asia. Its factory activity expanded more quickly in September on strong domestic and export order growth, a welcome sign as policymakers worry about a sharp drop in the rupee and fallout from global trade frictions.

While rising trade protectionism is expected to deal the world economy a relatively modest blow this year, analysts expect risks will intensify in 2019 as tougher U.S. tariffs kick in and global borrowing costs rise.

“Countries that saw their currencies slump may be suffering from rising import costs. There are also signs China’s slowdown and the trade friction are starting to hurt sentiment,” said Koji Kobayashi, senior economist at Mizuho Research Institute.

“It would take time for companies to relocate production from China to other countries. That means the initial impact of the trade friction on Asian economies would be negative.”

The United States and China imposed fresh tariffs on each other’s goods last week, showing no signs of backing down from the increasingly bitter trade dispute that is expected to hit global economic growth.

Similar surveys are expected from Europe and North America later in the day. Preliminary “flash” surveys suggest euro zone business growth continued to ease in September, leaving the United States as the lone strong spot in the global economy.