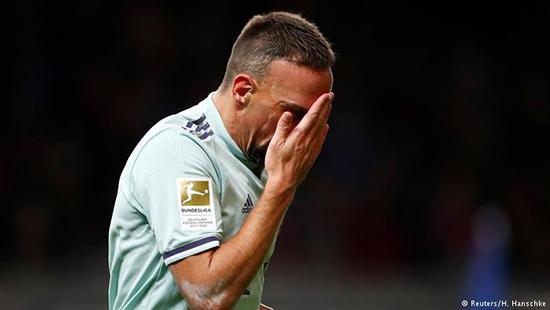 The Bundesliga’s big two had wildly contasting fortunes in a weekend marked by comebacks and clangers. Further down the table, Schalke finally broke their duck and Ron-Robert Zieler defined the term ‘schoolboy error’.

The weekend started with a bang, as Hertha Berlin‘s perfectly-executed win over Bayern Munichgave the chasing pack, and those with an interest in the division, a glimmer of hope. The 2-0 victory was a classic display of Dardai-ism, with Hertha happy to cede possession, defend deep and wait for the errors. Jerome Boateng provided two before the break to open the door for….

Borussia Dortmund. But Lucien Favre’s men nearly shut it on their own feet. One goal down after 10 minutes and two down at the break, the defensive ghosts that haunted them last season returned. Hosts Bayer Leverkusen were almost out of sight when Kevin Volland struck a post but once again Dortmund were saved by the bench.  Paco Alcacer scored twice while fellow substitute Jadon Sancho was again irrepressible in a cameo and the Black and Yellows completed a 4-2 comeback winin front of a raucous traveling support.

Earlier on a sunny Saturday in Germany, BVB’s rivals finally got the monkey off their back. After five consecutive defeats, a gritty, nervous 1-0 win at home to Mainz got Schalke off the mark in 2018-19. Alessandro Schöpf gave Domenico Tedesco’s side an early lead in Gelsenkirchen but it all got a bit nervy towards the end. They remain 11 points behind Dortmund and eight off the Champions League spots, but they are, at least, off the foot of the table. Local bragging rights are a different matter.

VfB Stuttgart also got their first win of the season, over high-flying Werder Bremen, leaving Hannover as the only winless team in the Bundesliga, after they were hammered 4-1 by Eintracht Frankfurt on Sunday. Stuttgart travel to Hannover next Saturday in an early relegation six-pointer.

As losses go, Hoffenheim‘s to RB Leipzig was better than most for Julian Nagelsmann. His future employers beat his current crop thanks to a Yusuf Poulsen brace. Hoffenheim’s Champions League hopes for 2019-20 take a blow, but their coach’s prospects for the same competition improve.

After Wolfsburg twice came from behind to draw 2-2, it’s now seven months since Borussia Mönchengladbach last won away (1-0 vs. Hannover in February)

Alfred Finnbogason likes playing against at home against Freiburg. After notching a hat-trick in the 3-3 draw in that fixture last year, he did it again on Sunday as Augsburg hammered Christian Streich’s men 4-1. The treble also made him Augsburg’s all-time leading scorer in the Bundesliga.

Borussia Dortmund’s 4-2 win in Leverkusen was the first time in Bundesliga that the Black and Yellows have come from two goals down at halftime to win.

BVB winger Jadon Sancho has the most assists in the Europe’s top five leagues season, despite not having started a single game.

“Our substitutes are a huge weapon for us.”
– BVB keeper Roman Bürki after Dortmund’s subs changed the game.

“The Bundesliga is a brutal learning process, but we can be very happy with eight points from six games.”
– Nuremberg coach Michael Köllner after his team picked up a vital three points against fellow promoted side Fortuna Düsseldorf.

“Anyone who knows Bayern will know that we won’t put up with this.”
– Niko Kovac knows the champions don’t take defeats lightly.

“It’s so annoying. When you lead twice, you expect to win.”
– Gladbach winger Patrick Herrmann after the 2-2 draw in Wolfsburg.

“I wouldn’t wish those last ten minutes on anyone.”
– Schalke boss Domenico Tedesco didn’t enjoy his side hanging on for their first win. Until the final whistle blew.

In the 68th minute in the Mercedes-Benz-Arena, with Stuttgart leading Werder Bremen 1-0, Stuttgart full-back Borna Sosa took a throw-in and threw the ball back to his goalkeeper, Ron-Robert Zieler. But the 29-year-old was adjusting his socks, reacted too late and the ball bobbled over his foot and into the net. Goals cannot be scored directly from a throw-in but the ball had brushed Zieler’s foot as it went in, so it stood. Fortunately for Stuttgart, Gonzalo Castro scored a winner to save his goalkeeper’s blushes.

Bayer Leverkusen might sometimes be accused of being a plastic works team but they have tradition dating back to 1904 – and their supporters reminded everyone of that with an impressive choreography ahead of their game against Borussia Dortmund. Across the two tiers of the Nordkurvein the BayArena, the Ultras Leverkusen unveiled huge banners commemorating the club’s triumphs in the Regional League West in 1968, UEFA Cup in 1988 and German Cup in 1993.