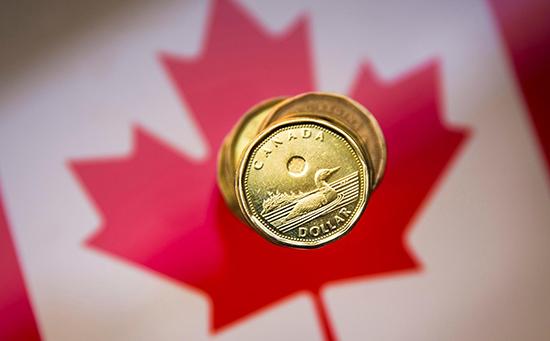 TOKYO (Reuters) – The dollar slipped against the Canadian dollar on Monday as the United States and Canada reached a framework deal to update the North American Free Trade Agreement.

Sources with direct knowledge of the talks confirmed the two countries reached a deal, which involved offering more dairy access to U.S. farmers as well as Canada agreeing to a side-letter arrangement effectively capping automobile exports to the United States.

A Mexican source close to the NAFTA talks separately said: “we have a trilateral deal.”

The Canadian dollar CAD=D4 rose about 0.7 percent, reaching a four-month high of C$1.2814 as the news about the framework agreement broke, before giving up some gains. It last traded at C$1.2836.

The loonie added to the previous session’s gains of more than one percent.

“Though markets were already anticipating an agreement, one source of worry will be swept away if a deal is made,” Yukio Ishizuki, senior currency strategist at Daiwa Securities in Tokyo, said.

“That will lead to a rise in trust in the U.S. economy, so it’s easy for risk sentiment to improve.”

“The Canadian dollar is really strong today. Together with that, it’s easy for currencies from resource-dependent and emerging market countries to rise, putting selling pressure on the dollar.”

Mexico’s peso currency MXN=D2 strengthened to a seven-week high versus the dollar, at one point gaining about 0.85 percent to 18.54 per dollar.

The yen JPY=, meanwhile, weakened to 113.96 per dollar, reaching its lowest since the middle of November 2017 before paring some losses. It last traded 0.2 percent higher at 113.90 per dollar.

The greenback has risen four straight weeks against the Japanese currency, including a nearly 1 percent gain booked last week.

U.S. President Donald Trump’s administration had said Canada must sign on to the text of the updated North American Free Trade Agreement before Monday local time or face exclusion from the pact. Washington has already reached a side deal with Mexico, the third NAFTA member.

The dollar index .DXY, which measures the greenback against a basket of six currencies, edged less than 0.1 percent higher to 95.197, not far off a more than two-week high of 95.366 reached on Friday.

For the third quarter, the dollar index posted its second consecutive quarterly gain, rising more than half a percent.

The euro EUR= was down 0.1 percent at $1.1595, with worries about a rise in Italy’s deficit weighing on the single currency after the Italian government agreed to set a higher than expected budget deficit target.

The single currency gave up nearly 1.2 percent last week and traded close to a more than two-week low of $1.1569 touched on Friday.