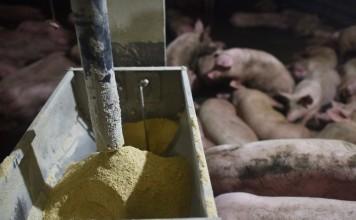 China Minsheng Investment Group (CMIG), the country’s largest private investment conglomerate, is charting a new course into the rural economy with the launch of a 10 billion yuan (US$1.46 billion)）fund aimed at helping farmers get their produce to customers in urban areas.

It represents a change of direction for CMIG, which has previously focused mainly on property management, prefabricated buildings and solar energy.

“Development in the country’s rural areas will become a new driving force for China’s further economic growth,” Wang Tuanwei, a vice-president of CMIG told the Post. “Presently, the gap between China’s urban and rural areas is creating golden investment opportunities.”

He said the group would embark on an online-to-offline (O2O) strategy to help farmers in remote villages to efficiently distribute their agricultural products to urban communities.

In a typical O2O business model, retailers identify customers via an online platform before drawing them to a physical store to complete the transaction.

The investment fund will target projects in provinces such as Henan, Shandong and Hebei.

Dong Wenbiao, the chairman of CMIG, said in a statement that providing financing to farmers and agricultural businesses is another area the company will explore.

CMIG envisions creating a vast business network in the country’s rural regions by making the most of digital technologies that can quicken the process of finding buyers for agricultural products, allocate labour resources to improve production efficiency and better arrange logistics services to deliver goods on time.

CMIG is not alone in its ambitious plans to boost China’s farming economy, and may face stiff competition. Chinese e-commerce giant Alibaba Group Holding, which owns the South China Morning Post, is also expanding its businesses in underdeveloped rural areas through online retailing.

CMIG believes it has an advantage in tapping the businesses in Henan where it enjoys the full support of the provincial government. In return for its investment, the province has agreed to work with CMIG in areas such as land planning and to help connect it with state-owned logistics firms or food distributors to accelerate its plans.

Wang said at least 60 per cent of the 10 billion yuan fund would be invested in Henan.

Local governments’ support in allocating land for development is seen as crucial for companies seeking to expand their geographical footprints.

As well as food processing plants, CMIG plans to build complexes featuring business and entertainment facilities that offer a meeting place for farmers and business executives in industries such as solar power, prefabricated buildings, health care, tourism and property management.

Those are sectors CMIG has backed previously, and the investment group hopes to explore more opportunities to develop those businesses in the underdeveloped regions.

CMIG, founded in 2014 with registered capital of 50 billion yuan, was the brainchild of Premier Li Keqiang, who hoped it would breathe new life into the country’s entrepreneurial community and drive growth among privately owned businesses.