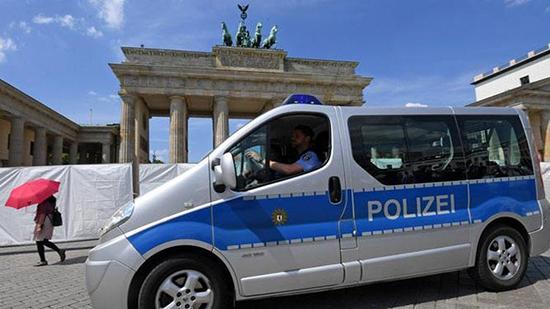 Special forces officers, deployed in Berlin to protect the Turkish president, used the codename of neo-Nazi figure “Uwe Bohnhardt” during their assignment, the police confirmed on Sept. 28.

Uwe Boehnhardt was one of the three members of Neo-nazi terorist organization National Socialist Underground (NSU), which killed eight Turkish immigrants, a Greek citizen and a German police officer between 2000 and 2007.

The police department of the eastern federal state of Saxony said in a statement that two officers from its special forces were immediately recalled and an internal investigation was launched on the incident.

They could be suspended according to the result of the investigation, it said.

The two police officers were temporarily deployed in Berlin and were originally from the special forces (SEK) unit of Saxony.

The murders of the NSU and its dubious contacts with informants of the domestic intelligence agency has long been a source of speculation in German media as the murders had long remained unresolved.

The existence of the neo-Nazi group was only revealed in 2011, when two members — Uwe Mundlos and Uwe Bohnhardt — died in an apparent murder-suicide after an unsuccessful bank robbery and police found guns and propaganda in their apartment.

Beate Zschaepe, the group’s last surviving member, denied any role in the NSU, and provided no new information about the murders.

Until 2011, Germany’s police and intelligence services ruled out any racial motive for the murders and instead treated immigrant families as suspects.

The scandal surrounding the neo-Nazi NSU has led to widespread criticism of police and security agencies, and accusations of institutional racism.

After a five-year-long trial, a Munich court in July this year handed a life sentence to the main suspect Beate Zschaepe and gave lighter sentences to four other neo-Nazis, but families of the victims had expressed disappointment with the verdict and said the trial has left many key questions unanswered.