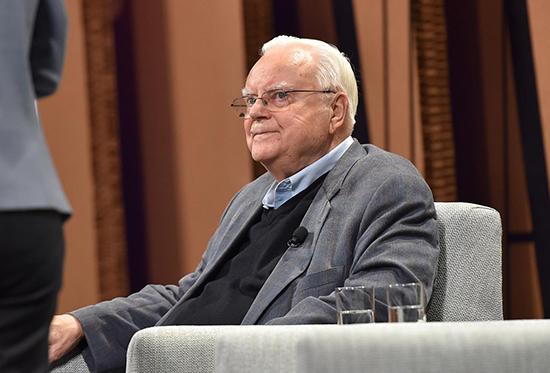 The media could not be loaded, either because the server or network failed or because the format is not supported.

From the first human Moon landing to helping launch the Hubble Space Telescope, which has given us unprecedented views of the wonders which loom above Earth’s clouds, NASA has achieved a lot in the 60 years since it was founded. But finding aliens is unfortunately not on that list.

Despite decades of research, intelligent lifeforms have remained elusive. Many experts agree it’s not improbable there is extraterrestrial life out there somewhere—our own galaxy, the Milky Way, is estimated to be home to at least 100 billion planets, with a further one hundred billion galaxies believed to be in the observable universe.

The start of the modern search for extraterrestrial intelligence (SETI) is often pinned to 1959, at a time when the uncertainties stoked by the Cold War were mixed with excitement about the possibilities of space exploration.

In a paper published in the journal Nature, physicists Giuseppe Cocconi and Philip Morrison posited that if aliens exist, they would most likely get in touch with other civilizations (like our own) by pinging off electromagnetic signals into space, in the hope they’d be picked up.

Another pioneering implement in the astrophysicists’ toolbox for finding alien life is the Drake equation. In 1960, astronomer Frank Drake conducted what is thought to be the first SETI experiment by directing a radio telescope towards nearby Sun-like stars. Around three years after Cocconi and Morrison presented their findings, Drake devised an equation to estimate the number of extraterrestrial civilizations which might be present in the Milky Way galaxy.

The Drake Equation, as described by SETI:

N = The number of civilizations in the Milky Way Galaxy whose electromagnetic emissions are detectable.

R* = The rate of formation of stars suitable for the development of intelligent life.

fp = The fraction of those stars with planetary systems.

ne = The number of planets, per solar system, with an environment suitable for life.

fl = The fraction of suitable planets on which life actually appears.

fi = The fraction of life-bearing planets on which intelligent life emerges.

fc = The fraction of civilizations that develop a technology that releases detectable signs of their existence into space.

L = The length of time such civilizations release detectable signals into space.

“The values of the different terms are very highly uncertain, consistent with both no life elsewhere in the universe on the one hand and lots of civilizations on the other hand,” Dr. Roger C. Wiens, of the Space Remote Sensing Group at Los Alamos National Laboratory and the University of New Mexico where he is searching for signs of Martian life, explained to Newsweek.

And it’s one thing to present ways of thinking about discovering little green men, and another to develop the technology and infrastructure to do so.

Official commitment to SETI in the U.S. has been patchy. By the late 1960s and early 1970s, NASA tentatively joined SETI with efforts such as Project Orion, the High Resolution Microwave Survey, the Microwave Observing Project,and Toward Other Planetary Systems.

In 1992, NASA launched a SETI program, only for Congress to abandon it less than a year later. Part of this was continued by the non-profit SETI Institute, with private individuals and universities taking up the gauntlet, including the late Stephen Hawking and Russian billionaire Yuri Milner in 2015 with their Breakthrough Initiatives. Still, no luck.

That year, Drake lamented in an interview with Space.com, “The situation with SETI is not good. The enterprise is falling apart for lack of funding.”

A lack of money of course makes it harder for scientists to answer fundamental questions which could propel SETI forwards. Astrophysicists agree there are three obstacles standing between us and other intelligent lifeforms: time, distance and a lack of technological advancements.

For instance, scientists can only guess at the frequencies extraterrestrial civilizations would transmit at, said Dr. Michael Garrett, professor in the school of physics and astrophysics at Manchester University, U.K. “Surveying billions of frequency channels for a signal takes a lot of effort and a lot of computing,” he told Newsweek.

And out of the 4.5 billion-year lifetime of Earth and the more than 13 billion years of the universe, cognitive life, such as humans who have access to technology that can communicate and be “heard” in space, has existed for just 100 years, explained Wiens. “That’s less than a drop in the bucket in terms of time.”

“Now suppose that there are other civilizations that have developed somewhere else in parallel with us. If they too have been active on the radio waves for just 100 years, we would only detect them if they lived within 100 light years of us.

“If they developed somewhat earlier than us, say 100,000 years earlier, then yes, we could ‘hear’ their radio waves already if the broadcast is strong enough, but only within our own galaxy. The farther away that we want to detect them, the earlier they would have had to have developed, e.g., millions of years earlier if in different galaxies. And that is not to mention the radio strength needed to hear something from that far away.”

As well as waiting to hear from aliens, we can search ourselves. But where to start? Close to home, for now, says Wien. If life developed on Earth, it would have also developed on Mars within the habitable zone of our solar system, said Wiens. The ice moons around Jupiter and Saturn where scientists have found organic molecules necessary for the development of life are another potential site for exploration.

“From my perspective, our exploration of places like Mars and Jupiter’s moon, Europa, might yield exciting results in terms of the beginning stages of life. That won’t help us find intelligent life, but will help us understand the genesis of life, and the frequency with which life develops.”

Thanks to the dedication of physicists, in the past decade techniques for exploring space have advanced rapidly, said Wiens. Now, astrophysicists are now more optimistic we could find intelligent life outside of Earth. “These are tremendously exciting times,” according to Garrett.

“I think over the next 20 to 30 years, we might be able to say something definitive about whether there is life in other bodies on the solar system,” says Garrett. “As for the universe, well the universe is a big place—I doubt we could ever say definitively that life was only present on the Earth.”

In April, NASA made a new bid for finding life by launching Transiting Exoplanet Survey Satellite (TESS); a satellite programed to capture 200,000 images of stars, some of which are within 10 light-years of Earth. Its creators hope it will find life by 2020.

So-called super telescopes, including the James Webb Space Telescope (JWST), set to succeed the Hubble Space Telescope in 2021, and the Large UV Optical Infrared Surveyor (Luvoir) could also take us one step closer. As could Habitable Exoplanet Observatory, a concept mission to image the planetary systems around Sun-like stars.

“The TESS mission is currently our most efficient way to search for potentially habitable planets,” Dr. Peter Behroozi, assistant professor in astronomy at the University of Arizona, told Newsweek. “The best method to search for signs of life is currently to look for signs of oxygen, organic molecules and water in planet atmospheres, as respiration by any life forms (no matter how primitive) will change atmospheric composition.”

“Unless we get very lucky, JWST will likely not be powerful enough to do this kind of detection; however, two proposed NASA flagship missions like LUVOIR and HabEx would be able to routinely measure planet atmospheres for signs of life.”

But maybe we’re looking at this all wrong, argues Garrett. “Maybe it’s not a technical breakthrough we require. Maybe we have to earn the right to be part of the galactic club—it might be a technical leap that we need to make perhaps hundreds of years in our future or something else.​ Maybe by the time we can share resources on this planet, and learn to live together in peace, we’ll have the answer.”