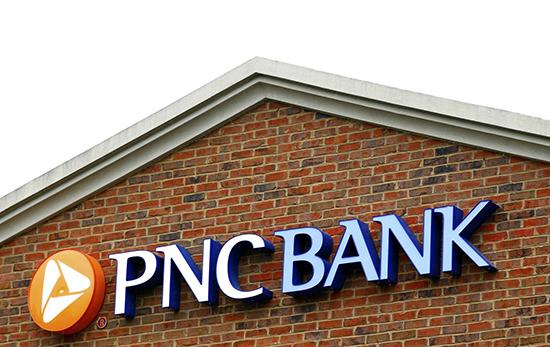 NEW YORK (Reuters) – PNC Bank, a large lender in the eastern United States, has a new strategy for expanding into additional U.S. markets, digital-only savings accounts that pay high rates to attract customers and deposits that are accompanied by a carefully limited number of branches.

In a move into the Dallas and Kansas City markets, the bank will spread what it calls an “ultra-light” set of “solutions centers” across each city so that there is an office within a 30-minute drive of 80 percent of the population, Karen Larrimer, head of PNC Retail Banking, said in an interview with Reuters.

“People want the physical locations to go to if they have questions,” Larrimer said. That is true even though some 80 percent of PNC’s current customers report visiting branches no more than once each year, she said. “I think it is a factor of trust.”

PNC’s strategy shows another way that U.S. banks are trying to navigate cost pressures and customer reliance on mobile phones as they compete for deposits.

Citigroup Inc, (C.N) for example, is using its mobile banking app to attract deposits nationally without opening any branches outside of the six cities where it has offices.

JPMorgan Chase & Co (JPM.N) has also been experimenting with a digital-only account called Finn, which it introduced in October in St. Louis, where it has no branches.

But JPMorgan is also is opening about 60 new Chase branch offices in each of three markets it is entering: Washington, Philadelphia and Boston. That is about half as many full-service branches as it would have deployed before digital banking caught on.

PNC Bank is a unit of PNC Financial Services Group Inc, (PNC.N) the eighth-biggest U.S. banking holding company by assets. It has about 2,400 branches in 19 states and Washington, D.C.

To attract new customers, PNC will in the next few days begin to offer a digital-only high-yield savings account in the new cities and elsewhere outside of its current markets, Larrimer said.

The accounts will pay 2.2 percent interest, a rate that Larrimer said is intended to put PNC among the five highest found in internet searches. “We will stay highly competitive,” she said.

PNC will boost the rate to 2.25 percent for people who also open one of its “Virtual Wallet” digital accounts that offer debit cards and tools for tracking personal spending.

Citigroup executives have said they will not pay top rates to avoid attracting “hot money” deposits from people who switch banks for higher rates.