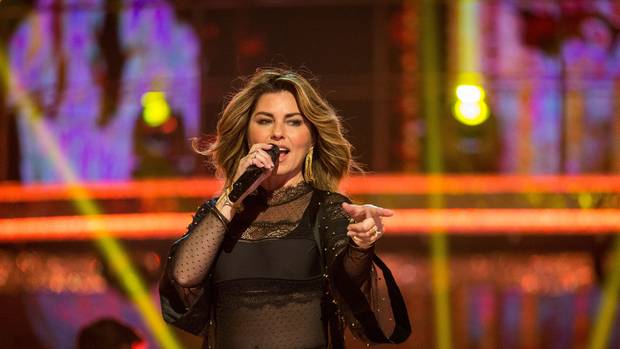 A Shania Twain fan was arrested when he hurled abuse at gardaí who challenged him about his dancing at one of the singer’s Dublin concerts.

Security at the 12,000-capacity 3Arena reported 57-year-old Paul Wilson’s behaviour was annoying those around him as the singer performed, Dublin District Court was told.

His lawyer, Brian Doherty, said Wilson had a “bit too much to drink” and became threatening when asked to step outside.

Remarking that Wilson was “a bit long in the tooth to be carrying on like that”, Judge Bryan Smyth offered to leave him without a criminal record if he made a €200 charity donation.

A Garda sergeant told the court the incident happened at 9.40pm last Thursday, the second night of two concerts at the arena by Canadian singer Twain, famous for hits including ‘That Don’t Impress Me Much’ and ‘Man! I Feel Like A Woman.

Gardaí were called to the seating area after a complaint was made about the behaviour of the defendant, which was “affecting other people’s enjoyment” of the concert.

Gardaí asked him to step outside and he refused, verbally abusing them and security officers. He had to be escorted outside and arrested.

He was “difficult and obstructive”, the sergeant said.

Mr Doherty said his client had no previous convictions of any kind and was “very embarrassed” to be before the court.

“He’s a bit long in the tooth now to be carrying on like that,” Judge Smyth said.

Adjourning the case to next month, the judge told the accused to make a €200 donation to Focus Ireland and said he would leave him without a conviction.

If the money was not paid, he said he would convict Wilson and fine him €300, with two months to pay.

The judge granted free legal aid after the defendant said he had a “small grocery shop in the country” and owned his home but had no other assets.

Alan Arkin on Hollywood success: ‘I was miserable pretty much all of the time’