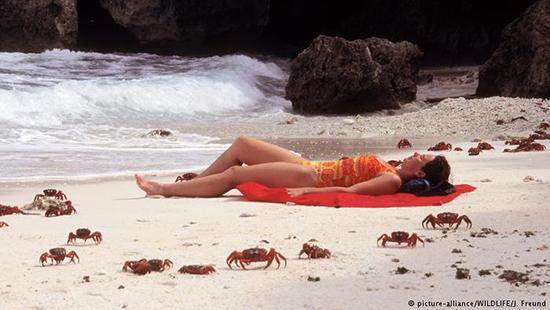 The 2018 Nobel Prize in medicine recognized James P. Allison and Tasuku Honjo for discoveries in immune regulation and cancer therapy. So what good is that?

With every year and every prize, the Nobel committee releases a single line that encapsulates why it chose to recognize the winners and their work.

But that single line seldom makes a lot of sense to non-scientists, and it never paints the full picture. It’s also often unclear where these Nobel discoveries are applied in everyday life, or how relevant they are to regular people.

This year, the committee decided to award the Nobel Prize in medicine to James P. Allison, a professor at the University of Texas in the US and Tasuku Honjo, professor at Japan’s Kyoto University, for “their discovery of cancer therapy by inhibition of negative immune regulation.”

The committee writes that by “stimulating the inherent ability of our immune system to attack tumor cells this year’s Nobel Laureates have established an entirely new principle for cancer therapy.”

But what does that all mean? If it’s inherent, why do we need to stimulate it? What is “immune regulation,” anyway, and how do we use it in medicine?

Let’s see if we can unravel a few Nobel mysteries.

Before Allison and Honjo’s discoveries in the 1990s, basic research had already shown the existence of proteins in the body that either help to trigger an immune response or slow it down. That’s known as “immune regulation.”

These proteins can supercharge a process whereby “T-cells”— the white blood cells that flag up threats to our health — bind themselves to pathogen invaders. The proteins, or “T-cell accelerators,” trigger a fully blown immune response.

Allison and Honjo wanted to figure out how proteins’ “brake function” could be controlled to encourage the immune system to fight back against cancer. Allison wanted to learn more about a protein called CTLA-4, while Honjo had discovered a new protein called PD-1.

The brake function is a complex and necessary mechanism. We do need to apply the brakes once in a while. For instance, once a threat has been neutralized — or brought under control — the immune system has to scale back its response to avoid causing damage elsewhere.

An overactive immune system — one that is not scaled back — can cause autoimmune destruction. That’s when the immune system attacks healthy cells and tissues that the body recognizes as “self.” Autoimmunity can occur in people suffering from infectious diseases and cancer, and can include multiple sclerosis, asthma, Crohn’s disease, celiac disease, and type 1 diabetes.

Honjo and Allison’s research has led to a new form of cancer treatment, known as “immune checkpoint therapy.” As with other therapies, such as surgery and radiation, immune checkpoint therapy is not without its risks. There are potentially life-threatening side effects, including overactive immune responses that do indeed lead to autoimmune reactions.

So far, according to the Nobel committee, checkpoint therapy involving PD-1 has been most promising. It has shown “positive results” in treatments against lung cancer, renal cancer, lymphoma and melanoma — a form of skin cancer.

The most recent research suggests a combination of PD-1 and CTLA-4 may improve results further, including the outcomes for patients.

So there are at least three things we we can do with the 2018 Nobel Prize in medicine:

Doctors can use checkpoint therapy to treat and manage cancer.

Scientists can intervene to regulate the immune system.

And one imagines that by understanding more about overactive immune responses, scientists have a better chance of treating poorly understood autoimmune diseases, including Crohn’s.