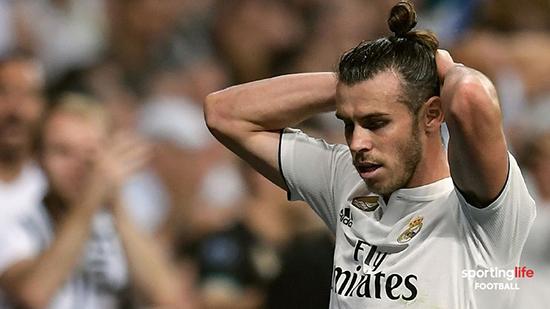 The Champions League continues on Tuesday night with the Manchester clubs in action. We pick out our best bets for the games.

They suffered a shock defeat in their opening group game, but Manchester City will be aiming to bounce back when they travel to face Bundesliga outfit Hoffenheim.

The hosts have had a phenomenal rise under boss Julian Nagelsmann, taking them from relegation certainties to Europe’s elite in the space of three seasons.

1899 have endured a bit of a slow start this season, sitting in 10th in the standings after six games. What will be a concern to City though is the fact that they have been scoring goals.

Hoffenheim have hit the net in every game so far this season, while also failing to keep a clean sheet – and that should mean more goals here.

Adam Szalai leads the scoring three in all competition, but there is real value in looking towards Joshua Brenet to strike anytime.

Granted he has found game time hard to come by in the opening exchanges of the 2018/19 campaign, but he has struck twice in the three games he has featured in.

The 24-year-old was signed from PSV Eindhoven in the summer, playing as a full-back, but he has been used in more advanced roles for his current side.

Given the fact that he is a player who likes the ball at his feet and aims to work the ball in the box, and more importantly the pace he possesses, Nagelsmann may look to bring him in with opportunities to counter-attack.

His goal against Hannover in the 3-1 victory last week highlighted how he can exploit gaps in opposition defences, using his pace to catch them out.

Brenet is a player who has been priced up as a full-back, as opposed to the wide midfielder that he has found himself as at Hoffenheim, which provides great value if he starts the game.

City should have enough about them to secure victory here, although it shouldn’t be as straight-forward as they’d expect.

The Champions League has been one competition that has eluded the blue side of Manchester in recent years, and their campaign could be in serious trouble without maximum points given their loss to Lyon.

An away win with both teams scoring can be found at 31/20, which looks a good outcome based on track record if you’re looking for that shorter-priced bet.

Pressure continues to mount on Jose Mourinho with his Manchester United side slipping to a 3-1 defeat to West Ham last time out.

The calls for Zinedine Zidane appear to be getting louder from certain sections of the Old Trafford faithful, with United sitting in mid-table after seven Premier League games.

They may see Valencia as a good game to try and get back on track, but the visitors have endured more success on the road in LaLiga than in front of their home fans this season.

Els Taronges have the same amount of away points as Atletico Madrid, while also having one more than last season’s Champions League winners Real.

Given the current events surrounding the club, this shouldn’t be an easy victory for the hosts.

Mourinho’s conflict with midfielder Paul Pogba is dominating the headlines and there’s little happening on-the-pitch to deflect the news to positive performances.

Given the quality in this squad, United should just get through this test on Wednesday night and make it six points from a possible six in Europe.

It’ll be a close encounter though, with a one-goal margin the likely outcome.

Group G brings an encounter between two sides who have endured mixed home and away form.

CSKA sit 3rd in the Russian Premier League, although they are eighth in the home standings, highlighting how they are still looking for some consistency.

What they have been consistent with though is goals, scoring in their last four home encounters.

In total, they’ve hit the net eight times in four domestic games, alongside the two goals they scored in their opening Champions League fixture.

While CSKA may worry about home form, they can take confidence in Real’s struggles on the road – securing just four points from a possible nine in their away LaLiga encounters.

They were beaten 3-0 by Sevilla last time they were away, alongside conceding to Athletic Bilbao and Girona in their other games.

CSKA are clearly a side who do know how to score in their home encounters, and could exploit Madrid’s weaknesses.

A best price of 27/10 is available on them to score two or more goals here, which does look a tad overpriced given track record.

Juventus started off their Champions League campaign with victory, and they should make it two from two as they host Young Boys.

The Serie A giants looked comfortable in their 2-0 win over Valencia, although they will be without star man Cristiano Ronaldo here after he was sent off in that game.

Juventus are clear at the top of Italy’s top-flight, sitting six points away from Napoli in second who they beat last time out.

They also have a healthy +11 goal difference, highlighting how they are winning games with little issue.

Young Boys may be 13 points clear after nine games in the Swiss Super League, but Juventus will be a class above the standard of opponent they come up against on a weekly basis.

Juve are on a 13-game unbeaten run in competitive matches, winning 12 of those encounters.

With 16 goals scored this season, they are a side who do know where the net is and that will be trouble for their opponents.

Young Boys’ 3-0 home defeat to Manchester United in their last European game shows how this competition is a step too big for them.

Juventus -2 looks good value at 7/5 with exceptional record in all competitions this season.