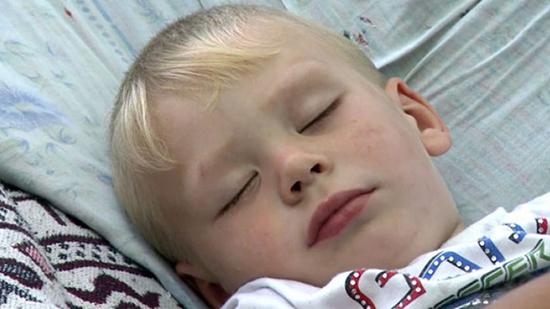 An increasing number of children in Britain are suffering from sleep disorders, newly published statistics have revealed.

The number of hospital admissions for young people with sleep issues has “risen sharply over the last six years”, according to The Guardian, which analysed data from NHS Digital. A total of 9,429 under-16s were admitted with a primary diagnosis of sleep disorder last year, up from 6,520 in 2012-13.

This increase comes despite a slight drop in the overall number of people of all ages admitted to hospital for sleep disorders, which fell from 29,511 to 29,184 over the same period.

“There is a lot of sleep anxiety being diagnosed at the moment – it’s a new area that we are looking at, dealing with more children who have anxiety, and it is coming out in sleep issues.”

The US National Sleep Foundation (NSF) says that babies, children, and teens need “significantly more sleep than adults to support their rapid mental and physical development” – and that getting even just 15 minutes less than the recommended amount may be enough to have a negative impact.

The Washington DC-based organisation suggests that newborns should have 14 to 17 hours of sleep per night, but says that 11 to 13 hours may be sufficient. Less than 11 hours is not enough, according to experts.

For toddlers, the recommended amount is around 11 to 14 hours a night, although sleeping for up to 16 hours is still acceptable at this age. Below nine hours is not enough.

Between the ages of six and 13, the required amount is between nine and ten hours, says the NHS. At this age, more than 12 hours or fewer than seven is problematic, agrees the NSF site.

Once they hit their teens, youngsters should ideally be getting between eight and ten hours a night. Sleeping for a shorter or longer amount of time than this may be detrimental to mood and cognition.

So the guidelines are clear about how much sleep children need – yet a growing number of youngsters are getting nowhere near enough.

Experts in the field have blamed this trend on a number of different factors. Mandy Gurney, of the private Millpond Children’s Sleep Clinic in London, told The Guardian: “We feel that the rise in sleep problems is very much based on anxiety. There is school pressure, peer pressure, social media pressure.”

Gurney reported a 30% rise in anxiety-related referrals at her clinic the past year, alongside an increase in prescriptions for melatonin, a hormone that regulates sleep.

“It is a very worrying increase, especially if this rate rise continues to go up,” she said.

Vicki Dawson, of The Children’s Sleep Charity, which provides support for families, believes another key cause is excessive use of social media by youngsters before bedtime, The Times reports. The blue light from screens on gadgets such as smartphones and iPads suppresses the production of the sleep hormone, making it more difficult to sleep.

But while social media and technology have been blamed for affecting young people’s mental well-being and sleep patterns, the buck should not stop with the platforms, says Tanya Goodin, author of Stop Staring at Screens.

She told The Independent: “We know that blue light from screens can interfere with sleep but really these problems are down to poor parenting, not social media.

“If children are staying up late at night on screens and social networks the blame must be laid at the door of parents, not the social media companies.”