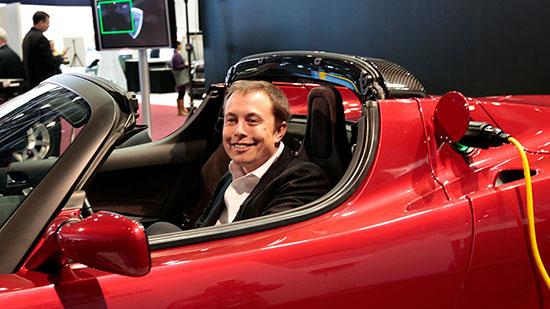 Tesla shares jumped 17 per cent on Monday as signs it had met targets for quarterly car production added to relief at CEO Elon Musk’s settling of a lawsuit with regulators that had threatened to force him out.

The electric car maker’s shares sank last week after the US Securities and Exchange Commission accused Musk of securities fraud, opening up the prospect of a long fight that could have seen Tesla lose its leader, and undermined its ability to raise capital and increase production.

Under the settlement announced over the weekend, Tesla and Musk will pay US$20 million each to the regulator and Musk will step down as chairman but stay as chief executive officer, leaving in place one of America’s best-known corporate figures.

Analysts hoped the deal, which enforces oversight of Musk’s public communications, would put an end to several months of turmoil that has prevented investors from focusing on a business that churned out a reported 80,000 cars in the third quarter.

Relief at the settling of the lawsuit drove the biggest one-day gain in Tesla shares in more than five years.

“Those people who are bullish on Musk and think he’s a visionary think they just skirted an issue,” said Yousef Abbasi, global market strategist for broker-dealer INTL FCStone.

Automotive news website Electrek reported that Tesla had produced 53,000 of its Model 3 sedans in the third quarter, up from 28,578 in the previous three months and making good on a promise in August it would produce 50,000 to 55,000 of the cars.

Musk has gained legions of fans for his bold approach to business and technology, using his Twitter account to promote Tesla, his rocket company SpaceX and the tunnel venture Boring Co.

But the claim on August 7 that he had the funding to take Tesla private, and a subsequent U-turn, stunned Wall Street and came amid public appearances which saw Musk smoke marijuana live on air and call a British diver in the Thai cave rescue a “pedo”.

As part of the settlement with the SEC, Tesla will also appoint an independent chairman and two independent directors, responding to calls on Wall Street to relieve the pressure on Musk and provide more balance in the car maker’s management.

Lawyers said that the settlement and size of the fine might give more ammunition to short-sellers pursuing separate cases against Musk for manipulating the company’s shares through the August 7 tweet, as well as to an investigation by the US Justice Department.

But several experienced litigators also said that, while the Justice Department inquiry is separate, the SEC’s settlement might mark the end of official action against Tesla and Musk.

Neither Musk nor Tesla admitted or denied the SEC’s findings as part of the settlement, which still must be approved by a court.