Turkey will not turn its back on the European Union, its biggest trade partner where around 5 million Turkish-origin people live, Turkish President Recep Tayyip Erdoğan has said.

Speaking at the opening session of the new legislative year in parliament on Oct. 1, Erdoğansaid there have been tensions in recent years with some EU countries due to “unfulfilled promises and unjust accusations.”

“We could not remain silent in the face of the injustice in our EU membership bid process and the double standards,” Erdoğan said.

“Some European countries turning anti-Turkish stance into a domestic politics material caused the problems to deepen. Now we are slowly leaving this troublesome period with Europe behind.”

The president said Turkey strengthened its position by fulfilling all its promises, especially in the fight against irregular migration, adding that ways of dialogue have been opening.

“It is out of question to turn our backs to a region that is our biggest trade partner, where around 5 million of our Turkish-origin brothers and millions of our sincere friends live.”

However, Erdoğan said, Turkey will never give up fighting against the injustices against it and struggling to protect the rights of “our brothers” in the EU.

Noting that last week’s visit to Germany confirmed the bilateral will to divert the relations to a new and positive way, Erdoğan said the future of the ties with European countries seem bright.

“God willing, we will start an era that we will have significant progress with Europe in the areas of politics, economy and humanity.”

Relations with the US

Commenting on the tense relations with the United States, Erdoğan said Washington, “which has been engaging in what amounts to a trade war with China, the European Union and many other countries has lost even more credibility as a result of the extra measures it imposes on Turkey.”

“Turkey’s situation sets a bad precedent for the United States, so much so that no country in the world can view the future of its relations with the United States with confidence,” the president said.

“We are determined to fight within the boundaries of diplomacy and law with this twisted understanding that imposes sanctions on our country using a pastor who is on trial for his dark relations with terrorist organizations as an excuse,” Erdoğan said.

“The Turkish economy is sufficiently resilient to withstand such threats and attacks.”

Describing the delicate economic circumstances as another test for all, Erdoğan said: “We are the ones who are best placed to know which economic reforms need to be implemented in Turkey.”

“Clearly, recent events that are caused by exchange rate volatility have nothing to do with the economic realities or shortcomings in our country,” he noted.

“The American administration resorted, wrongly, to threats and blackmail instead of dialogue to solve political and legal problems between our countries. This method that supposedly aims to make us suffer will, in fact, cause the greatest harm to the United States in the medium to long term.”

Underlining that the uncertainty due to volatility in the exchange rate is slowly dissipating, Erdoğan said: “We are very strict with budget discipline. We are taking all necessary steps to strengthen the outlook for our country in the international markets.”

Turkey “does not ask for money from anyone,” he added, noting that the government is concentrated on “receiving international investments into the country.”

“We provide all kinds of support and guarantees for this purpose,” Erdoğan said.

“We diligently implement programs in many areas ranging from finance to investments for a balanced economy. The new economic program is one of the most important steps in this direction.”

The new economic program announced last month seeks to address the balance, discipline and transformation in the Turkish economy, according to Erdoğan.

“We are determined to ensure the rise of Turkey again through an economic approach that focuses on expanding and facilitating loans, promoting investments and prioritizing production, employment and exports,” he said.

“I ask for some more patience from our nation. Have confidence in our country and its government. The worst is behind us. From now on, things will be easier.” 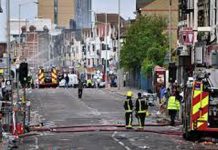 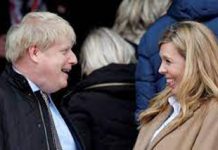