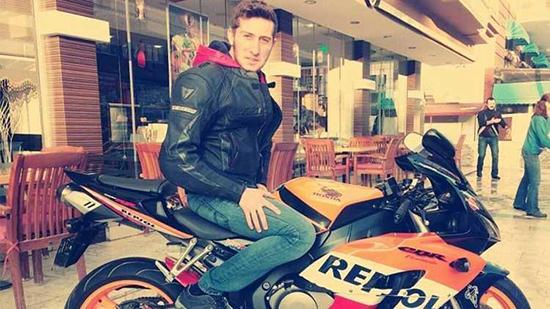 A Turkish motorcycle rider has lost his life after hitting barriers on a road a year after he shared a photo of another biker who died the same way and captioned it saying he did not want to die this way.

Recep Serttaç, 22, lost control of his motorcycle on the road in the southern province of Burdur and hit the barriers. He was killed on the spot although he wore a helmet.

“I don’t want to die,” Serttaç had written on his Facebook account in August 2017 while sharing the photo of another biker who was killed by hitting the barriers.