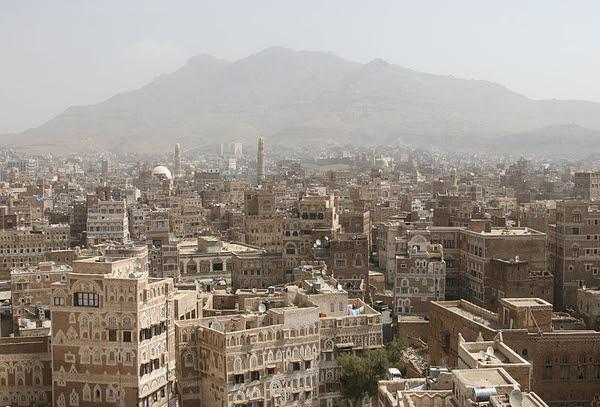 He is not exaggerating. More than 75% of the country needs humanitarian aid—a greater percentage than any other nation on Earth, according to the U.S. Department of State

Some 18 million Yemenis (out of a total population of 22 million) are hungry, homeless and increasingly hopeless.

Civil war has driven them from their homes, burned their schools and bombed their hospitals. In the markets, the shelves are empty as few trucks arrive from sea ports and rebel roadblocks menace the few deliverymen that dare to take the roads into the sun-scorched interior. As a result, mothers, some too hungry to nurse their children, have flooded into refugee centers, overwhelming

international aid workers. The men, those who have not been murdered or maimed by war, wait in the shade of U.N. tents for food and medicine that too often is not enough.

In a bid to topple the elected government of a U.S. ally, Yemen, Iran funded Houthi rebels to seize much of the country in 2015. The internationally recognized government of Yemen sought help from its neighbors, mainly Saudi Arabia and the United Arab Emirates, as well as the U.S. and U.N. agencies.

United Nations Resolution 2402 has called upon the Houthis to withdraw and disarm.

Despite hard fighting and air strikes from Saudi and United Arab Emirates warplanes, the Houthis still control about one-quarter of Yemen’s sprawling desert lands, including its capital city, Sana’a.

The Houthis, known for their atrocities against civilians, paid as much attention to the U.N. resolution as they did to international standards of decency. The war has continued.

Yemen’s economy, already fragile, began to collapse —deepening the misery of the Yemeni people. “The continued decline in the Yemeni riyal and broader economic decay are pushing people further into vulnerable situations, into poverty,” said Special Envoy for Yemen to the UN Security Council Martin Griffiths in a statement to the UN on September 11th. “The frustration is rising, and this brings with it a threat of conflict in particular in the South, during the past ten days, there have been widespread demonstrations in southern governorates.”

In the face of all this, the United Arab Emirates in particular, and US humanitarian efforts, have bravely continued, with the UAE stepping up efforts to meet humanitarian needs.

From January 1, 2018 to August 5th, the UAE alone has provided $1 billion in aid, according to the Financial Tracking Service, an independent monitoring organization.

The UAE has focused on building a humanitarian infrastructure to head off mass tragedy. It has built a string of new bakeries to provide bread, re-opened Al Khawkhah, a fishing port, and built a new hospital– one of several that the UAE has sought to quickly rebuild to ensure that Houthi rebels and Al-Qaeda terrorists do not use the lack of public services as a recruitment tool or succeed in exterminating the civilian population.

Elsewhere in the country, the U.N. World Food Program is also working to meet the needs of those in suffering. However, it often must overcome the threats of violence. Houthis have planted landmines and initiated occasional shelling. Kidnapping and sudden arrests are a constant menace. Earlier this summer, Houthi rebels kidnapped two WFP food workers in Yemen. They have not been seen since.

Meanwhile, the Trump Administration, has quietly stepped up to the challenge. The U.S. has sent more than $854 million in aid since the start of fiscal year 2017. Through USAID and the State Department’s Bureau for Population Refugees and Migration, the U.S. has supplied food, medicine, vaccinations, emergency obstetric services, blankets, pots and pans for displaced families. Water-treatment filters and chemicals have been shipped in to shrink the spread of disease, such as cholera and hepatitis.

In the early 2000s, the world was moved by the sight of starvation, war, and disease in Darfur. Campuses held demonstrations, and network cameras trekked to the Sahara to record the civilized world’s efforts to prevent genocide.

This time, however, the colleges and networks do not seem to notice. It is welcome that President Donald J. Trump has, and that timely action is preventing a death toll possibly equal to World War II.

The good news about the bad news is that the U.S. in engaged and helping.

Ahmed Charai, a Moroccan publisher, is on the board of directors of the Atlantic Council, the Center for Strategic and International Studies, the Foreign Policy Research institute and Center the National Interest in Washington. He is also Advisory Board member of the Gatestone Institute in New York.