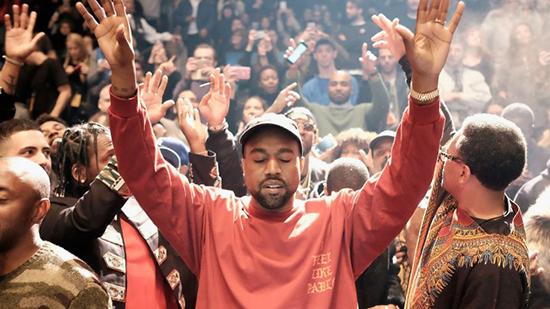 Rapper cites biblical significance in decision to be known as Ye

Kanye West has announced that he has decided to start going by his long-time nickname, Ye.

In a tweet posted on Saturday, the rapper referred to himself as “the being formally [sic] known as Kanye West”, adding: “I am YE.”

The name change is not entirely out of the blue. West “has used the moniker at various times throughout his career, while his eighth studio album, released earlier this year, was also called Ye”, says The Independent.

At a listening party for the album in June, West explained the significance of the name to US radio host Big Boy.

“So I’m you, I’m us, it’s us. It went from Kanye, which means ‘the only one’, to just Ye – just being a reflection of our good, our bad, our confused, everything. The album is more of a reflection of who we are.”

The Washington Post’s Jeff Weiss subsequently explained that whatever the sentiments behind the star’s choice of title, the word Ye actually “hovers somewhere around 40th when it comes to usage” in the King James Bible.

Hours after announcing his name change on Twitter, West was booed during an appearance on US sketch show Saturday Night Live, when he launched into an unscripted monologue in praise of President Donald Trump.

The TV programme had gone off air when West gave his impromptu “lengthy speech”, telling audience members that Trump was a “builder”, and accusing Democrats of conspiring to “take the fathers out the homes and promote welfare” in black communities, People magazine reports.

In the same post, he also called for a repeal of the 13th Amendment – the clause in the US constitution that bans slavery.

The remark was met with outrage and disbelief from many commenters, although West’s defenders argued that he was referring to the section of the Amendment that permits unpaid labour in the penal system.

However, it is not his first controversial comment about slavery in the US. In a rambling interview with celebrity news site TMZ in May, West suggested that black Americans’ 400 years as slaves “sounds like a choice”.