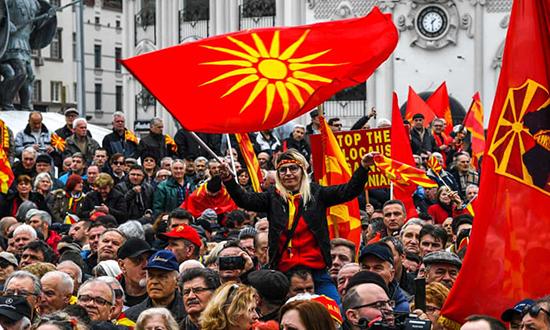 Judy Dempsey– Dempsey is a nonresident senior fellow at Carnegie Europe and editor in chief of Strategic Europe. -CARNEGIE

There is still much unfinished business in the Western Balkans that can affect the stability of the region, unless the EU changes course.

That’s all the pro-European and liberal government in Macedonia needed.

A referendum called by its leaders to change the country’s name failed. Over 90 percent of those who turned out on September 30 to cast their ballots voted overwhelmingly to accept the new name—the Republic of North Macedonia. But only 37 percent voted, far short of the 50 percent needed to validate the referendum.

Prime Minister Zoran Zaev may try to turn to parliament to get the new name accepted. There’s no guarantee he will win. His governing Social Democrats and coalition partners hold 69 of the 120 seats. Zaev needed a two-thirds majority to push through any changes to the constitution. The leader of the nationalist VMRO opposition, Hristijan Mickoski, said the referendum had failed. No tears shed for a party that almost politically and economically ruined this country of just over two million inhabitants.

It was VMRO which, over several, years led Macedonia down a cul-de-sac by ramping up its nationalist rhetoric, deepening corruption, and doing everything possible to stifle civil society, the opposition, and political reform.

During this time, the EU played a passive role, doing little to use its soft power to support pro-reformers and activists campaigning against corruption. That suited VMRO. With Greece always ready to use its veto, this Western Balkans country was prevented from joining the EU and NATO. As if VMRO cared about either.

All that changed last year when a new, liberal government was elected in Macedonia. And with the impressive support of the Greek prime minister, Alexis Tsipras, Athens and Skopje signed the Prespa Accord. The goal was to end the dispute over Macedonia’s name so as to make it palatable for Greeks, who feared that Macedonia harbored irredentist ambitions for a region in Greece that is called Macedonia.

But it was also about putting an end to the unfinished business in this part of Europe by integrating Macedonia into the Euro-Atlantic organizations of NATO and the EU. One more regional conflict would have been ticked off. It would have given the neighborhood a new momentum.

This part of Europe is in desperate need of a perspective. With few exceptions, the countries of the Western Balkans continue to be plagued by poor governance, corruption, and a weak rule of law.

The EU’s record in tackling these deficits has been next to miserable. Its ability to understand the strategic importance of the Western Balkans has bordered on benign neglect. In the meantime, the region has become a convenient picking ground for Russian, for Chinese, and Islamist meddling in Bosnia and Herzegovina.

The failed outcome of Macedonia’s referendum, helped by the decision of the VMRO to boycott it, showed how difficult it was for Zaev’s government to undo years of corruption and change the narrative away from nationalist rhetoric to a discourse based on reform and transparency.

Macedonia is not alone in trying to move forward. The attempts by the leaders of Serbia and Kosovo to normalize relations—Serbia does not recognize the independence of Kosovo—may in theory be laudable. In practice, unless delicately handled, such attempts could open a Pandora’s Box.

Very briefly, Serbia’s president, Aleksandar Vučić and his Kosovo counterpart, Hasim Thaçi have proposed a land swap between both countries. While the details are still unclear, each leader has his own agenda. For Vučić, that swap might be enough to win over nationalists back home who are so against recognizing Kosovo as an independent country. Nonrecognition is hampering Serbia’s relations with the EU. Recognition could radically change the dynamics of that relationship. For Kosovo, that would end a very long and historical dispute with Serbia. And more importantly for both, it could pave their way into NATO and the EU—not that the EU is in any mood for further enlargement.

The proposed land swap got short shrift from, among other politicians, German Chancellor Angela Merkel. She has personally taken an active interest in the Western Balkans because of its potential for instability. Opponents are questioning the deal not for ideological reasons but for practical ones. They believe the region is not stable enough to embark on redrawing borders. They also believe it would play into the hands of nationalists in the region, who could use any agreement between Serbia and Kosovo as a precedent for their own territorial ambitions.

In that sense, the failed referendum in Macedonia showed, despite the best intentions of its leaders, how difficult it is to discard old baggage. For far too long the EU supported those entrenched interests. More than ever, it’s high time the EU reached out to the citizens of these countries instead of pandering to the elites. That’s what Zaev and his government has tried to do in the hope of closing this long and destructive chapter.