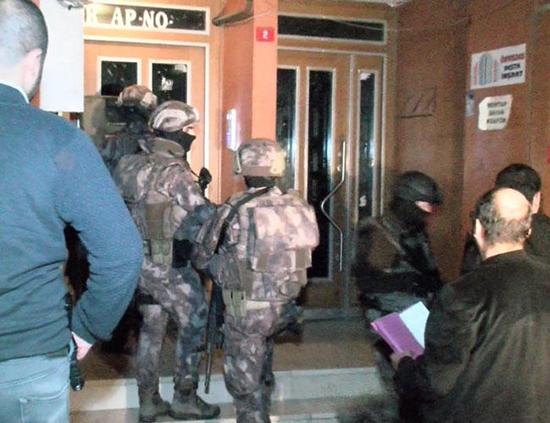 Turkish prosecutors ordered the detention of 417 suspects in a money laundering investigation into the transfer of about 2.5 billion Turkish Liras ($419 million) worth of foreign currency to bank accounts abroad, state-run Anadolu Agency said on Oct. 2.

The vast majority of the recipients of the funds were Iranian citizens residing in the United States, it added, citing a statement from Istanbul’s chief prosecutor.

Istanbul police teams launched raids across a number of provinces, searched properties and detained many people, the agency said.

The investigation was aimed at those who “targeted the economic and financial security of the Turkish Republic,” the Istanbul Chief Prosecutor’s Office said.

The suspects were accused of money laundering, “forming a gang with the aim of committing a crime,” and “breaking a law aimed at preventing the financing of terrorism,” the statement said. The operation was launched by financial crimes police.

It said the suspects were accused of receiving commission for sending the money to 28,088 accounts abroad.

The transfers were made from various bank branches and ATMs starting from Jan. 1, 2017 with sums of 5,000 liras and more, the statement said.