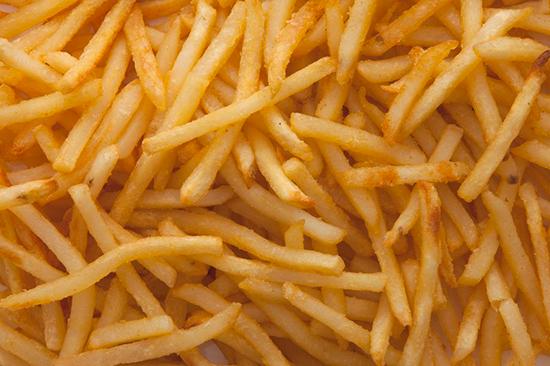 Pick a day at random, and you can bet that nearly 40% of Americans will eat fast food during those 24 hours, according to a new report from the Centers for Disease Control and Prevention’s National Center for Health Statistics (NCHS).

Between 2013 and 2016, 36.6% of American adults said they ate fast food in the past 24 hours, according to interviews conducted through the National Health and Nutrition Examination Survey. Anything participants categorized as “restaurant fast food/pizza” was included in the total. (Fast food tends to be high in calories, fat and sodium without offering much nutritional value.)

Surprisingly, despite fast food’s generally low price point, consumption actually went up with family income. Forty-two percent of higher-income adults (those with household incomes above 350% of the federal poverty level) ate fast food on a given day, compared to nearly 32% of those whose families earned 130% of the federal poverty level or less.

The new numbers point to a contradiction in America’s dietary habits. On one hand, the wellness industry is exploding in popularity, and large numbers of Americans say they avoid eating things like excess sugar, salt and fat, and seek out plants and whole foods. But at the same time, recent federal data found that 90% of adults don’t eat enough fruits and vegetables, and obesity rates continue to tick upward. The popularity of fast and processed foods suggests that Americans may not always be following through on their intentions to eat healthier.