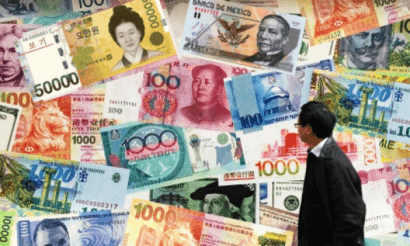 China is keen, and able, to keep the yuan (and Turkey) steady

Currency volatility is falling across Asia. That’s the bedrock measure of risk for the region.

Asia Unhedged thinks JPMorgan’s most recent Chinese yuan devaluation forecast, released over the weekend, is too pessimistic – China has everything to gain by stabilizing the currency.

“JPMorgan has adopted a new baseline that assumes a U.S.-China endgame involving 25 percent U.S. tariffs on all Chinese goods in 2019,” strategists wrote in a note on Friday, adding: “a weaker yuan becomes part of the new equilibrium.”

As analysis from Caixin noted a month ago, Beijing has a number of tools to stabilize the currency, and is likely to use them. The reintroduction of the “countercyclical factor” in August demonstrated a desire to hold the yuan in the range of around 6.7-6.9 versus the dollar, even as the trade war continued to escalate.

The CCF increases the PBOCs discretion in daily fixing. Instead of using it to devalue the currency in response to tariffs, it was used to provide a floor.

That’s not to say Beijing won’t allow the yuan to slide further, but it will probably use its tools to stabilize the currency, rather than to devalue it.

Turkey is taking a big economic hit as the manufacturing PMI suggests.

Last week Halkbank, one of Turkey’s most vulnerable, borrowed US$980 million at LIBOR +275 (vs +130 last year). It’s pretty clear that the Europeans don’t want Turkey to go under (Die Welt had a front-page headline last week: “If Turkey goes bust, the world has a $223 billion problem.”

It also seems pretty clear that China will take advantage of Turkey’s distress. This appears to be happening as a September 27 Bloomberg story writes:

“Tatwah Smartech is reported to be among parties in talks to purchase a special-purpose vehicle established to own a majority stake in Turk Telekom. The nation’s largest phone company said it hadn’t received any notice. Other companies including Alibaba, China Life Insurance and China Merchants Group, are looking at opportunities in Turkey, Reuters reported today.

“This is good news for a market weighed down by financial instability and dependency on foreign capital inflows. The Borsa Istanbul 100 rose to the highest since May and pushed the lira to the top of the EM currency stack.

“The majority of FDI inflows to Turkey have originated from Europe, North America, and the Gulf countries during the past 15 years, while the share of Asia has been noticeably on the rise, according to the ‘Invest in Turkey’ website.”