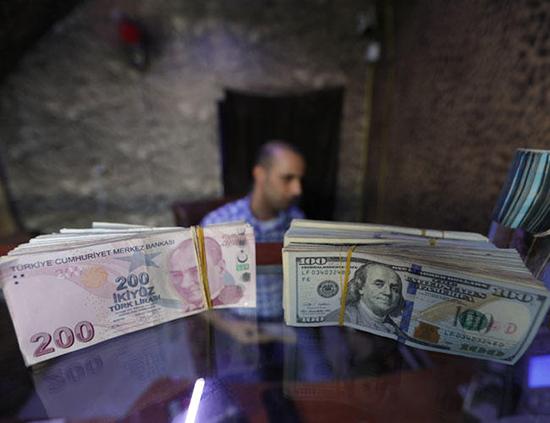 According to the banking watchdog, the sector’s eight-month net profit surged 14.3 percent, compared with around 33.3 billion liras in the same period in 2017.

The BDDK figures released on Oct. 1 showed that total assets of the banking sector amounted to nearly 4.5 trillion liras ($700 billion) as of August this year, up 50.2 percent increase on a yearly basis.

The biggest sub-category of assets, loans given by the sector, reached 2.7 trillion liras ($421 billion) at the end of August, rising 38.3 percent year-on-year.

On the liabilities side, deposits at the country’s lenders climbed 39 percent over the same period, totaling 2.2 trillion liras ($348 billion).

The U.S. dollar/Turkish lira exchange rate was around 6.40 at the end of this August, while one dollar traded for some 3.45 liras at the end of August 2017.

As a significant indicator for calculating lenders’ minimum capital requirements, the banking sector’s regulatory capital-to-risk-weighted-assets ratio was 17.34 percent this August, up from 17.18 percent in August 2017.

The ratio of non-performing loans to total cash loans – another  crucial indicator that shows how healthy the banking sector is – showed improvement in August, falling to 2.85 percent from 3.12 percent in the same month last year.

In Turkey, as of this August nearly 50 state/private/foreign lenders, including deposit banks, participation banks, and development and investment banks, had over 11,600 domestic and overseas branches with more than 210,000 employees.