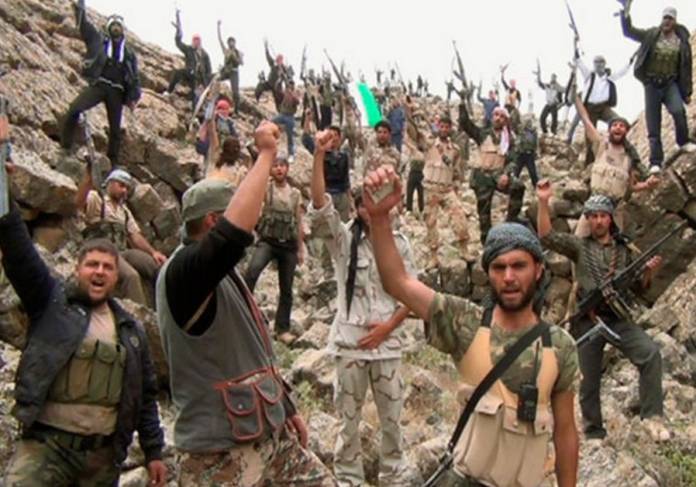 Rebels aligned with Turkey said they held talks with Turkish intelligence and military officers in the past 48 hours and made clear they objected to Russian patrols.

AMMAN – Rebels in northern Syria who have rejected plans for joint Russian-Turkish patrols of a demilitarized zone said on Tuesday that Ankara had assured them no Russian forces would patrol the area.

Presidents Vladimir Putin and Tayyip Erdogan agreed last month to set up the zone between rebel and government fighters, staving off a government attack on the area which the United Nations had warned could cause a humanitarian catastrophe.

The agreement announced in Russia’s Black Sea resort of Sochi on Sept. 17 would establish the zone in a 15-20 km (10-12 mile) wide strip of territory now held by rebels, and calls for joint patrols of the area by Russian and Turkish troops.

But the rebels are deeply distrustful of Russia, President Bashar al-Assad’s most powerful ally. The planned presence of Russian forces in the neutral zone is one of several issues that anti-Assad factions say trouble them over the agreement, which also requires the withdrawal of insurgents deemed “radical” by Turkey from the area by October 15.

The main jihadist group in the Idlib area, Tahrir al-Sham, has yet to say whether it will comply with the agreement.

Turkey has long backed rebel groups opposed to Assad but has joined Russia in recent months in seeking a diplomatic solution to the conflict.

Rebels aligned with Turkey said they had held talks with Turkish intelligence and military officers in the past 48 hours, and had made clear they objected to Russian patrols.

Ankara had given the rebels assurances there would be no such patrols, Sheikh Omar Hutheifa, a leader of the Turkey-backed National Front for Liberation (NFL), told Reuters.

“The request to the Turkish brothers was that this cannot be agreed to … this was a red line that cannot be breached,” he said. “The last position (by Turkey) is that there would be no entry of Russian troops.”

There has been no comment from Russia on the issue. Turkish officials were not immediately available for comment.

Another opposition figure said Ankara was seeking to persuade Moscow that patrolling such a zone would be fraught with risks and it would be best left to Turkey to enforce the agreement alone on the ground.

Turkey already has a dozen military positions in the Idlib region set up under an agreement with Russia and Iran – Assad’s other major ally – to observe a “de-escalation” zone. It has been beefing up these positions, and has said more troops will be deployed into the region.

“The proposal is that the Turkish army with its heavy weapons would effectively take the place of the rebel factions,” a rebel commander who attended meetings with the Turks over the zone said.

Putin has said that all opposition heavy weapons, mortars, tanks and rocket systems are to be removed from the zone by October 10.

“We will stay in our trenches and our bases,” said Captain Naji Abu Huthaifa, spokesman of the Turkey-backed NFL. “We don’t trust the Russians and expect they won’t abide by the deal at any moment.