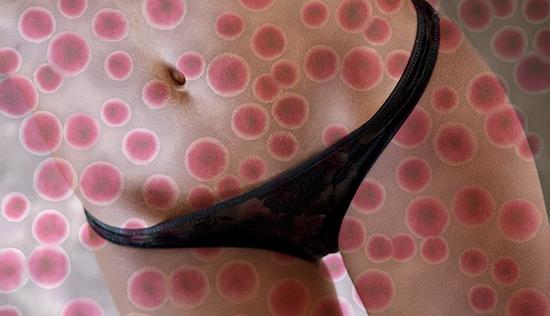 If you’re sexually active, getting an STI is a real possibility. The CDC estimates that 20 million new STD infections occur each year in the U.S. That’s why it’s so important to get tested regularly, and be honest with any new partners (and your gyno) about your sexual activity. It’s even more important when you consider that condoms can’t protect against all STIs, and not all STIs come with symptoms—even ones that can do some serious damage.

While some STIs, like HIV and syphilis, can hang around in your body for a bit before symptoms pop up, they’re typically known for being symptomatic. In most cases, an infected person will show the telltale signs of the infection. But there are a few STIs that are actually known for being asymptomatic, which means you’ll never know you have them until they’ve spread or led to other side effects.

Here are the STIs that don’t have obvious symptoms. Take this as your official reminder to not only practice safe sex, but get tested regularly especially if you have many new partners or are thinking of becoming pregnant at any point later in life.

HPV is the most common sexually transmitted infection, and one of the ones that condoms can’t always protect against. Chances are you’ll have HPV at some point in your life whether or not you realize it. “You could be carrying it and passing it and not have any physical signs,” Michael Cackovic, M.D., an ob/gyn at the Ohio State Wexner Medical Center, tells SELF. That’s because some strains cause genital warts, but many others don’t. If you’re under 30, HPV won’t be a part of your routine STI testing, because it’s so common and often goes away after some time (there’s no treatment for it anyway). If you’re over 30, routine testing is recommended along with your pap smear. While it’s very likely you’ll have the virus at some point and nothing bad will ever come from it, some strains of HPV can cause cervical cancer, which is why getting a regular pap smear is so important. An abnormal pap smear indicates changes in the cervical cells usually caused by HPV, and depending upon what type of abnormal cells your doctor finds, you may be tested to confirm HPV was the cause.

Chlamydia is one of the most common STIs in women under 25. It’s also known as a “silent” infection, because most people will never experience symptoms. “Abnormal vaginal discharge or a burning sensation during urination may occur several weeks after sex with an infected partner,” says Meike L. Uhler, M.D., a reproductive endocrinology and infertility specialist at the Fertility Centers of Illinois. But at that point, the infection has probably been going on for a while and is moving up the urinary tract and into the body. It’s easy to confuse these symptoms for a less-serious infection, like a yeast infection or bacterial vaginosis, so it’s important to see your ob/gyn if you notice changes in discharge, pain, or burning. Bleeding between periods, lower back and abdominal pain, and pain during sex are also potential symptoms.

“If left untreated, chlamydia can spread to the uterus and fallopian tubes, resulting in pelvic inflammatory disease (PID),” Uhler adds. In fact, untreated chlamydia is a common cause of PID, according to the U.S. Department of Health and Human Services. Pelvic inflammatory disease can cause scarring in the fallopian tubes, which can lead to blockage and permanent damage that causes infertility. The CDC notes that each year, 24,000 women become infertile because of an undiagnosed STI.

Scarring can also cause an ectopic pregnancy, which can be life-threatening for both mom and baby. “Chlamydia can also cause premature birth and can be passed to a baby during delivery, causing eye infection or pneumonia,” Uhler explains. Chlamydia also increases a woman’s risk of contracting HIV from an infected partner. The good news is that chlamydia is easy to treat with antibiotics, so if you catch it early (before it causes any damage) you’ll be completely cured.

Similarly to chlamydia, gonorrhea is most common in sexually active women under 25, and the majority will never experience symptoms. “While they are two different diseases, chlamydia and gonorrhea are commonly diagnosed together,” Uhler notes, and the mild symptoms (if they ever show up) are similar: breakthrough bleeding, vaginal discharge, and burning and pain that can easily be mistaken for a bladder or vaginal infection. Typically, these are symptoms of the bacterial infection spreading further from where it originated.

If gonorrhea goes unnoticed and untreated for too long, it can lead to pelvic inflammatory disease, scarring, and damage to the reproductive organs. It can also increase your risk of getting HIV, and in extreme cases, cause life-threatening infections in other parts of the body such as the blood, brain, heart, and joints. Gonorrhea during pregnancy raises the risk of premature birth, low birth weight, miscarriage, and serious health complications (like blindness and blood infection) for the newborn. Gonorrhea is also curable with antibiotics.

According to the CDC, about one out of every six people between 14 and 49 years old in the U.S. has genital herpes. While most people think of herpes and automatically picture painful, red blisters, not everyone gets those. In fact, it’s estimated that up to 90 percent of people with herpes simplex 2 (HSV-2) are never diagnosed. Herpes simplex 2 (HSV-2) is the strain most often implicated in genital herpes, and herpes simplex 1 (HSV-1) is the one that causes mouth sores—but HSV-1 can cause genital herpes if it’s spread from mouth to genitals during oral sex. While herpes is most infectious during an active breakout, it can still be spread when there are no sores present. Plus, condoms won’t necessarily protect you from the virus if it’s present on skin that falls outside of the condom.