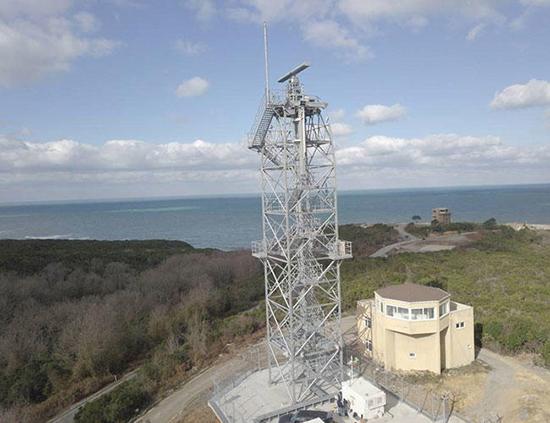 Eleven surveillance stations have been set up on the coasts of the Aegean Sea as part of the first phase of the Coast Surveillance Radar System (SGRS) Project which aims to halt illegal activities in the sea.

Radars and electro-optical sensors will monitor the Aegean Sea 24/7 after all the testing procedures of the first phase of the project are finished. Integration between seven public institutions will help officials intervene in the event of illegal activities in the sea such as migrant smuggling and fish poaching.

The first and most important phase of the project, carried out by the software and system company Havelsan together with the Undersecretariat for Defense Industries (SSB), was put into effect with the signing of an agreement in 2013.

The first phase of the project covers an area from the coasts of the Marmara Sea to the district of Datça in the southwestern province of Muğla. A total of 11 surveillance stations have already been installed on the coastline, with officials now putting them into test to make sure the system operates as designed.

The data received by the surveillance stations will be followed by various algorithms automatically, and in case of an anomaly, such as two ships coming too close — raising the suspicion of human smuggling — or ships going at a slower pace than usual — raising the suspicion of ships’ ejecting waste — operators on duty at control centers will order cameras to zoom into the suspicious events and convey the images to the operational base located in the capital Ankara.

The data gathered at the Ankara operational base will then be shared with the Naval Forces, Coast Guard Command, Transport and Infrastructure Ministry, Environment and Urban Planning Ministry, Agriculture Ministry, Customs and Trade Ministry, and the General Directorate of Meteorology. If an illegal activity in the sea is confirmed by the relevant institution, then teams from the Coast Guard Command will be dispatched to the scene.