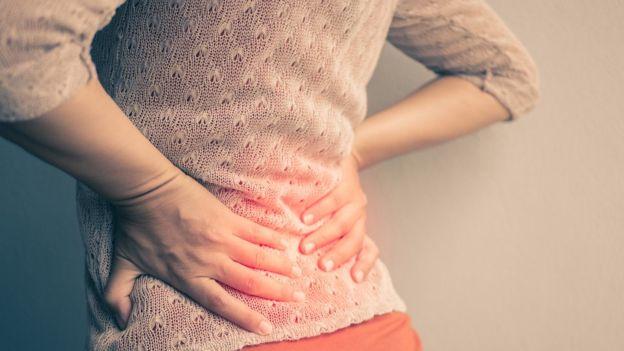 Could taking a placebo, a pill which contains nothing but ground rice, really help cure back pain?

The placebo effect is well studied but at the same time something of a mystery. The word placebo comes from the Latin “I shall please” and is associated with images of quack doctors selling dodgy cures.

Yet it is also an important part of modern clinical trials, where patients are given either a placebo (sometimes called a dummy pill) or an active drug (without knowing which is which) and researchers then look to see if the drug outperforms the placebo, or vice versa.

But what if you decided to do a placebo-controlled trial on back pain, with a twist? The twist being that everyone, unknowingly, was getting placebo? Would people taking the pills get better anyway?

That’s what we set out to test for BBC2’s Horizon programme, Can my brain cure my body?

With the help of Dr Jeremy Howick. an expert on the placebo effect from University of Oxford, we set out to see if we could cure real back pain with fake pills.

It would be the largest experiment of its kind ever carried out in the UK, with 100 people from Blackpool taking part.

Some were asked to act as a “control” group. The rest were told that they were taking part in a study – where they might receive the placebo or a powerful new painkiller.

What they weren’t told was that they would all get placebos, capsules containing nothing but ground rice.

The pills were authentic looking and based on years of research. They were blue-and-white-striped, because that has been shown to have a greatest painkilling effect.

They came in bottles, carefully labelled, warning of potential side effects and sternly reminding patients to keep out of the hands of children. All very convincing.

We chose Blackpool because one in five people there is blighted by their back. Chronic back pain is both common and hard to treat.

All our volunteers had suffered for years and felt their current medication wasn’t up to the job.

When they came to us, they were randomly split into two groups.

The other group was given more than twice as long.

We wanted to see whether spending a bit more time with a GP makes a measurable difference.

Now, many people believe that the placebo effect is a con and that it only works on the gullible.

But that’s not what the science shows. A recent small study looking at the characteristics of back pain sufferers who responded best to placebo treatment, found those who were most “aware” and “open to new experiences” had the most benefit.

The researchers also carried out brain scans and found anatomical differences in the “responders” and “non-responders”.

Among other things they found subtle differences in areas of the brain, like the amygdala, which controls emotion and reward,

What exactly this means, no-one quite knows.

But University of Oxford’s Prof Irene Tracey told us that just because a placebo contains no active chemicals, does not mean the effects of taking it are not real,” she said.

“The average person thinks that placebo is something that’s a lie or some fakery, something where the person has been tricked and it isn’t real.

“But science has told us, particularly over the last two decades, that it is something that is very real, it’s something that we can see played out in our physiology and neurochemistry.”

Among other things, research has shown that taking a placebo can trigger the release of endorphins – natural painkillers that are similar in structure to morphine.

When we returned to Blackpool after three weeks, our volunteers went through another round of tests and questionnaires.

And we found half of them had found significant relief from taking the pills – even though they were fake.

Many were able to do things and take up activities they hadn’t managed for many years – including 71-year-old Jim.

When we first met, Jim was confined to his wheelchair by his back pain. But after taking the dummy pills, he was far more mobile. I asked him which he preferred, my pills or the morphine?

“I got rid of the morphine and kept taking your blue pills,” he said.

Then there was Joe, who had told me that his back sometimes gets so bad, he had to have morphine and ketamine “to get me out of the house”.

He said he hadn’t felt a twinge since he started on the pills.

In fact, nearly half of our volunteers reported a medically significant improvement in their back pain.

Considering that, between them, they have tried every painkiller from Tramadol to morphine, I think that is pretty amazing.

And the time they spent with the doctor had a substantial effect on the outcome, with people benefitting from having a longer consultation with their GP.

So where does this leave modern medicine?

A recent article in the British Medical Journal suggests that it can be ethical to prescribe placebos, as long as doctors are honest about what they are doing.

It pointed out there is mounting evidence, from a number of small trials, that placebos can work even when patients know that they are taking them.

That way, you can get the benefits of pain control without the often significant side effects of taking a “real” drug.

Watch Horizon – The Placebo Experiment: Can My Brain Cure My Body? – on BBC2 on Thursday at 21:00 BST and afterwards on iPlayer.