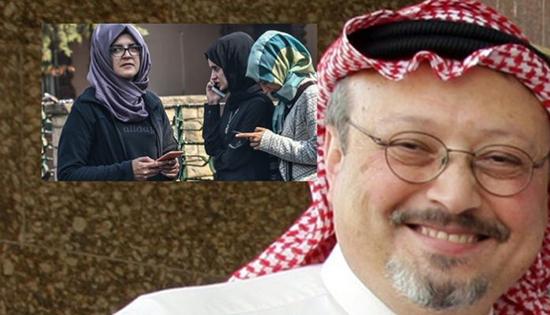 A Saudi journalist known as one of the country’s most outspoken critics has gone missing after visiting its consulate general in Istanbul, raising fears about his safety, The Guardian has reported.

Jamal Khashoggi, a prominent Saudi commentator who writes a regular column for The Washington Post, entered the Saudi Arabian diplomatic mission in Istanbul after midday on Tuesday for a visit relating to filing a divorce before he can remarry.

His Turkish fiancée, who waited outside for him for 12 hours on Tuesday, said he had failed to come out and called the police.

“I don’t know what’s happening. I don’t know if he’s inside or if they took him somewhere else,” she told Reuters by telephone from outside the Saudi mission in Istanbul, where she was waiting for a second day.

Another close friend also said the 59-year-old journalist had not left the consulate, a claim disputed by a Saudi official. It is not known if Khashoggi was able to leave the mission, is being held against his will inside or was taken elsewhere.

Dion Nissenbaum of The Wall Street Journal tweeted on Wednesday morning: “Saudi official denies reports that writer Jamal Khashoggi was detained at Saudi consulate in Istanbul: ‘Mr. Khashoggi visited the consulate to request paperwork related to his marital status and exited shortly thereafter.’ His fiancée waiting outside says he never came out.”

Khashoggi’s personal website bore a banner saying “Jamal has been arrested at the Saudi Consulate in Istanbul!” without elaborating.

With over 1.6 million followers on Twitter, Khashoggi is a prolific commentator in print and on television. He was famous for interviewing Osama bin Laden several times and also served as a media aide under Prince Turki al-Faisal, when the latter was director general of the Saudi intelligence agency.

He left Saudi Arabia over a year ago to live in self-exile in the US, where he spoke out against the new leadership of de facto ruler crown prince Mohammad Bin Salman.

In one of his articles published last year, he said he had left the country to raise his voice. “To do otherwise would betray those who languish in prison. I can speak when so many cannot,” he wrote.

The veteran journalist had previously expressed concerns about his safety. Khashoggi told The Wall Street Journal after leaving Saudi Arabia that “it was becoming so suffocating back at home that I was beginning to fear for myself.”

Saudi authorities detained scores of businessmen — including members of the royal family — in the Ritz Carlton hotel in Riyadh, in what was billed as a campaign against corruption.

Among those held in detention was Prince Al-Waleed bin Talal, who owned the Al-Arab news channel, an Arabic-language service run by Khashoggi. Talal had been critical of King Salman’s moves to empower his son, the crown prince.

The Washington Post’s Opinions editor, Eli Lopez, said in a statement that the newspaper had been unable to reach Khashoggi and was concerned about his whereabouts.

“We are monitoring the situation closely, trying to gather more information. It would be unfair and outrageous if he has been detained for his work as a journalist and commentator,” Lopez said.

Jason Rezaian, a commentator for The Washington Post whose imprisonment in Iran drew international attention, wrote in support of his fellow columnist Khashoggi. “Over the past year, Saudi authorities – led by crown prince Mohammed bin Salman – have claimed to be undertaking a process of reform … Troubling developments from the community of activists inside the country, however, tell a vastly different story.

“Those pushing for change – whether they are women’s rights activists, journalists or ethnic minorities – report being systematically harassed by the authorities.”

A US State Department spokesperson said they had seen the reports from Istanbul and were “seeking more information at this time.”