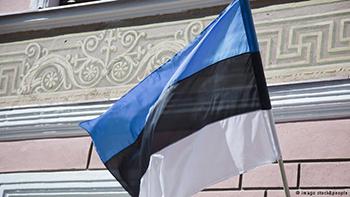 Banks doing business in Estonia handled more than $1trn in non-resident, cross-border transactions between 2008 and 2015.

Reuters reports that figures reflecting the possible scale of money-laundering through Estonia “have been emerging gradually over the last few months”.

In September, Denmark’s Danske Bank revealed in an internal report that payments totaling €200bn, much of which it described as “suspicious”, had been moved through its Estonian branch between 2007 and 2015.

The scandal led to Danske’s chief executive stepping down and prompted regulators across the European Union to question the oversight of the bloc’s financial sector.

But while Danske has become “almost synonymous” with money-laundering, “there are growing signs that it only represents a small slice of Europe’s dirty money machine”, says Bloomberg.

“The Danske scandal has stunned Europe as the region comes to grips with clear signs of wide-spread abuses in which high-profile banks repeatedly turned a blind eye to the movement of suspicious funds,” says the news agency.

Nor does the scandal merely relate to historic cases.

In May, data from Estonia’s Financial Intelligence Unit (FIU) showed that more than $13bn had been laundered through banks in the country from 2012 to 2016.

Sven Stumbauer, managing director for New York-based consultancy AlixPartners, says the revelations speak to more of a systemic issue for the Baltics, which have been keen to position themselves as a private banking centre for eastern Europe.

The scandal also threatens to impact Nordic banking institutions, which operate heavily in the Balkans.

Following Wednesday’s Bloomberg revelations, Sweden’s SEB and Swedbank, both of which have banking operations in Estonia, were trading 5.4% and 7.2% lower, respectively.