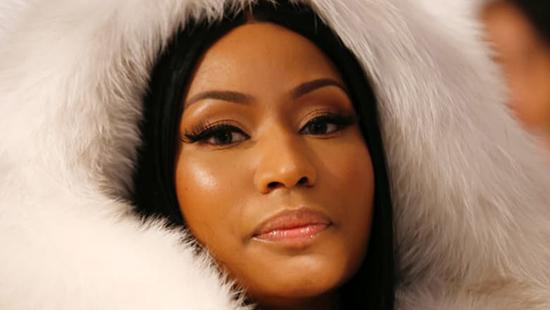 Nicki Minaj is opening up about her past experiences with domestic violence.

The rapper, 35, shared two clips on Instagram on Tuesday from her upcoming Queen documentary, in which Minaj recalls incidents she witnessed as a child and lived through as an adult.

“I remember when my mother would let my father be violent with her,” Minaj stoically began. “She always brings up this story. As a little girl, I would stand in front of my mother and go like this,” she said, spreading her arms apart in an attempt to create a barrier.

The Queens, New York, native said this is where her strength comes from: “Maybe some people would describe me as abrasive or bitchy or whatever, because I vowed from that age no man would ever abuse me, call me out my name or treat me like that.”

A tearful Minaj then revealed her mantra was shattered during an abusive relationship. She didn’t disclose the name of her alleged abuser.

“And then all of a sudden, that was my life. Everything that I said I would never…” she trailed off as her voice cracked with emotion. “Who was I going to inspire when I had nothing in me to give? I let one human being make me so low that, like, I didn’t even remember who I was.”

Minaj said the relationship also affected her music because she was “scared to get in the studio” and didn’t “believe in myself.”

Her story took a turn for the better as she described finding herself again after “changing locations” and leaving the toxic environment.

The documentary – which shares the name of her album (out now) and Beats 1 radio show – doesn’t have a release date yet, although Minaj teased it’s “coming soon”.

In August, the rapper’s ex-boyfriend, Safaree Samuels, accused Minaj of domestic violence herself. The two began their relationship in 2000, but called it quits in 2014.

“Remember the night you cut me and I almost died,” he tweeted on August 14. “The police and ambulance had to take me out the crib on a stretcher and I had to lie and tell them I was trying to kill myself so they wouldn’t take you to jail.”

Minaj fired back with claims of her own, including allegations of him using her credit cards and accused Samuels of lying.

The rise and fall of Thin Lizzy: ‘No one was going to be sitting in the shadows with this band’

Don McLean on the tragedy behind American Pie: ‘I cried for two years’