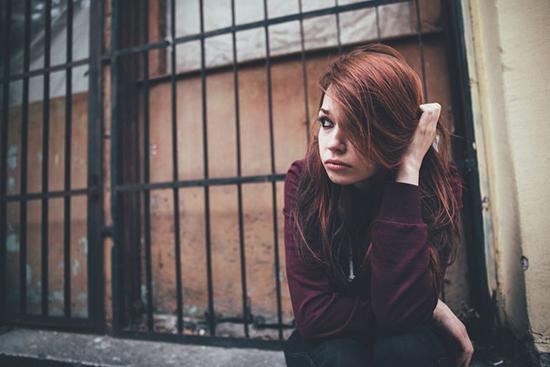 One in 10 people are believed to suffer from occasional panic attacks, often triggered by stressful events, while two in 100 UK people have panic disorder (recurring and regular panic attacks).

A panic attack is an episode of intense subjective fear, usually accompanied by symptoms such as trembling, sweating, heart palpitations and hyperventilating. So what can you do if you feel your panic rising?

As soon as you feel a panic attack coming on, straighten your spine and stand or sit up straight. ‘Not only does this trick you into feeling more powerful and in control, but it will also give you physically more space to breathe,’ says Niels Eek, psychologist at personal development and mental wellbeing app Remente.

Panic attacks can make our entire body seize up, responding to our perceived threat of danger. ‘The best and most counter-intuitive thing to do is to start moving around,’ says Eek. ‘Do some stretches, go out for a walk, or simply walk around slowly.’ Moving and exercise are found to instantly counter the effects of panic by reducing cortisol levels as well as lowering the risk of anxiety in the future.

If movement isn’t an option, for example if you are on a plane during take-off, try to distract yourself with a stress ball, some beads or even gum. ‘Researchers at Tokyo Medical and Dental University found that repetitive and tactile motions distract the mind from the immediate feelings of panic,’ says Niels.

? Kicking a ball repeatedly against a wall or playing with a fidget spinner can stop panic attack symptoms.

Researchers in Japan found that cold water stimulates the parasympathetic system, which in turn slows down our heart rate, providing a calming effect. ‘While you might finding the task of drinking water while you are panicking physically impossible, try splashing some on your face,’ suggests Niels Eek.

A mental health study found that chewing gum for 14 days may improve levels of anxiety and mood. Chewing is known to reduce levels of the stress hormone cortisol found in the saliva. Fast chewing has been shown to have a more anxiety-busting effect than slow chewing.

A study in the journal Neuropharmacology, found that low magnesium can make you anxious. ‘Magnesium is the most important mineral for ‘relaxing’ nerves and muscles and is essential for the normal functioning of the nervous system, so is effective for panic attacks,’ says nutritionist Shona Wilkinson.

? Magnesium is found in foods including green leafy vegetables, nuts and seeds and eggs, but a daily magnesium supplement may be beneficial.

Whenever you are in the middle of a panic attack, your brain struggles to focus on anything that isn’t the immediate panic. ‘However, if you start naming each feeling you experience, such as ‘it’s difficult to breathe’ or ‘I want to cry when this happens’, it can help re-focus your brain and move away from the panic, says Eek.

Research has shown that focusing on a calming activity such as colouring in mandalas can help people with anxiety. It works by calming down the amygdala, the part of the brain that controls our fight or flight response and keeps some people in a state of worry, panic and hypervigilance, so if you feel the panic start to rise, start colouring. Findings from the study suggest that colouring in a reasonably complex geometric pattern may induce a calming meditative state.

Herbal remedies have proven to be beneficial in halting panic attacks. ‘Herbs which may be helpful in reducing anxiety include Valerian, Passionflower and St John’s Wort,’ says nutritionist Shona Wilkinson. ‘These herbs may be a non-drug way to help reduce anxiety and help bring about a more calm state of being.’

? Remember to check for any potential interactions with herbal remedies if you are taking prescription medications.

‘Some people find that carrying some beta-blocker tablets with them can be helpful (these are non-addictive tablets which could be prescribed by a GP or psychiatrist), and they work to switch off the bodily feelings of anxiety, such as heart palpitations and tremors,’ says Psychiatrist Dr Ian Drever. ‘Often just by having these tablets with them, it’s reassuring enough to stop many people having a panic attack in the first place.’

Dr Drever urges you to remember that no matter how bad a panic attack feels, it can never hurt you. ‘It may feel like you’re going to stop breathing, suffocate or have a heart attack, but these are all features of a rush of adrenaline, and they will fade away with time, leaving no lasting trace. Panic always passes.’

Listening to music can help to reduce stress levels and quash anxiety. Classical music is particularly effective at slowing pulse and heart rate, lower blood pressure and decreasing levels of stress hormones. But it doesn’t have to be classical – some people find that creating a playlist of music around 60-80bpm can be a really effective panic-buster.

‘This makes intuitive sense as this is the speed of a resting heartbeat. It also helps to provide an external focus rather than on an excessive internal focus on what the body is doing in the heat of an anxious moment,’ says Dr Drever.

? Stuck for inspiration? Search the web for 60-80bpm playlists other people have already created.

The majority of panic attacks are accompanied by physical symptoms, such as an increased heart rate, inability to breathe, dizziness and others. ‘Focusing on the symptoms and letting them take over can often make you feel worse,’ says Eek. ‘Instead, try inducing the symptoms on their own, outside of the panic attack – you will find that you have no fear of them and that your mind will eventually get bored and move onto other things.’

These tips are something you can definitely try, but if you’re having serious panic attacks then it’s important to see a GP and/or a CBT-psychologist. Treatments for panic attacks are really efficient, and if the above tips aren’t enough, can provide a real, working solution.