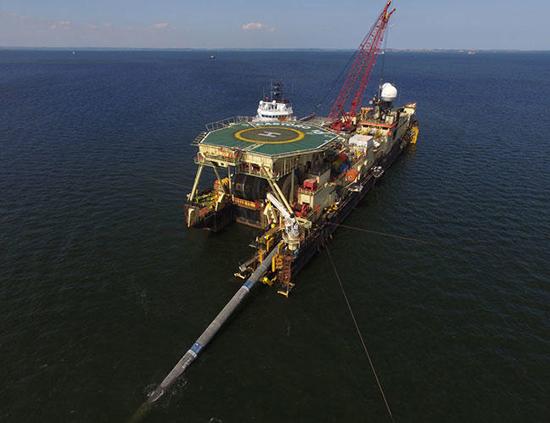 Russia is setting records in gas pipeline exports despite United States pressure on Europe to reduce imports, and aims to become the world’s leading liquefied gas exporter in the next decade thanks to technology it is developing at home.

The development comes despite repeated calls by the United States on Europe to diversify its gas imports away from the Kremlin’s pipeline monopoly Gazprom, which Washington says is using energy as a tool of intimidation.

Gazprom controls 35 percent of the gas market in Europe, larger than any other supplier, and aims to increase its share to 40 percent due to declining European production and the lower cost of extracting gas in Russia.

“We have been hearing about the reduction in Russian supplies for many years now,” Russian energy minister Alexander Novak told the conference. “But in spite of this, Europe keeps increasing Russian gas imports.”

That would require Gazprom to build new pipelines to China and Europe, adding some 163 bcm to its exports, while Russian liquefied natural gas (LNG) exports could reach 80-115 million tons.

That would put Russia on a par with Qatar, the world’s largest LNG producer, which plans to expand its capacity to 110 million tons by 2024 from 77 million tons now.

Russia is a fairly modest LNG producer. Its output comes from a Gazprom-led project on Sakhalin island off Russia’s Pacific coast, and a project led by private producer Novatek  in the Arctic Yamal peninsula.

Novatek’s chief executive, Leonid Mikhelson, said his company had the resources to boost output far above current targets. The company has said it could quadruple output to as much as 80 million tons of LNG.

“We are seeing the birth of a new industry in Russia,” said Mikhelson, adding that Novatek has developed technology to liquefy gas.

Russia has up to now relied on companies such as French oil major Total to build new plants and provide technology.

U.S. and European sanctions on Moscow over its actions in Ukraine have made exports of technology to Russia and the funding of projects, such as Novatek’s Yamal, challenging.

“As the Russian saying goes – they try to scare us but we are not afraid,” Medvedev told the conference.

He added Europe may need as much as 100 bcm of new gas imports by 2030 because its own production is falling.